The ten best games of the last console generation, according to Jake 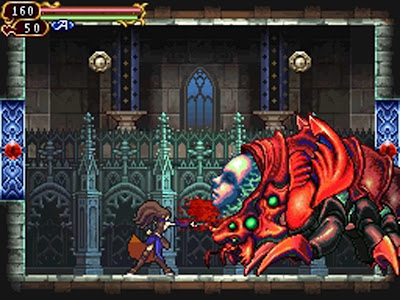 I've been a sucker for Metroidvania-style gameplay since I was eleven years old. While Metroid has gone on to bigger and better 3D things, Castlevania remained true to its roots and produced a slew of great 2D Metroidvania games in recent years. The series has never quite been able to make the leap to 3D, but that's okay with me.

Order of Ecclesia was the third and final Castlevania game on the DS, the series' swan song on the handheld. It features a refined art style, a more nonlinear gameworld with a brilliant Dracula's castle as well as plenty of non-castle locales, a ramped up difficulty from previous DS entries in the franchise, and *gasp* a female protagonist. What is this, Metroid?! Strangely, there's been no word of a new traditional Metroidvania-style Castlevania game since Order of Ecclesia's release six years ago. 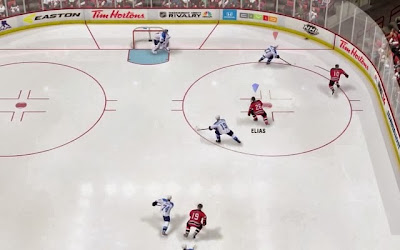 This entry counts the 360/PS3 iterations of EA Sports' annual NHL series as a whole, and NHL 14 is the pinnacle. It's not arty or deep. It's just hockey. But it's damn good. The NHL series on the seventh generation of consoles spearheaded the sports game genre's move from arcadey face button-based gameplay to full analog stick control. Instead of pressing A to pass and B to shoot, you actually use the control stick as your hockey stick. Despite my pretentious exterior, NHL is a nuanced, stress-relieving love of mine. 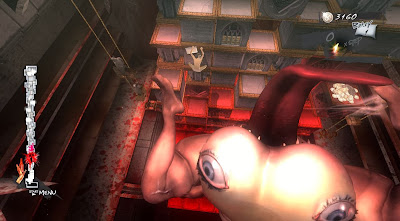 
I was skeptical of Catherine at first. I'm generally not a fan of the grind-heavy Japanese role-playing games Atlus is known for. But Catherine is... a puzzle game? About relationships? It's got some lengthy anime cutscenes, which normally I'd be averse to but they're so well-made that I don't mind. Catherine is one of the first major deconstructions of sex and the male mind in the videogame medium, but it's also a complex, difficult puzzle game. It's very Freudian, as you may infer from the screenshot above. One of the most daring games of the last generation, which I've written about before here. 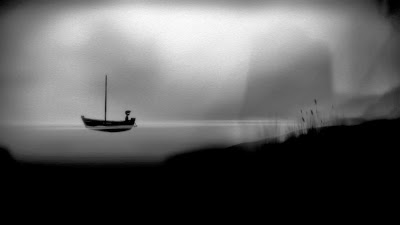 
Jonathan Blow's Braid gets all the "arty Xbox Live Arcade indie 2D platformer" attention, but Danish studio Playdead's somber black-and-white Limbo is what really got to me. While Braid relies on blocks of text and a heavy-handed message, Limbo simply exists. It's a sort of minimalist Where the Wild Things Are meets Lord of the Flies, but much more bleak. I've written on this blog about how much I love this game before. No dialogue, no HUD, just a boy and a spider. 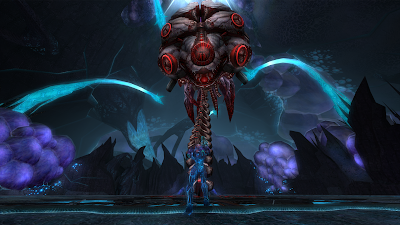 
Retro Studios' 2002 opus Metroid Prime on the GameCube is my Favorite Game Ever Made. Metroid Prime 2: Echoes was much darker, tougher, and divisive, and I still loved it. The trilogy comes to an end with Metroid Prime 3: Corruption. It's the Return of the Jedi of Metroid Prime: probably the weakest of the three, but still an epic end to the trilogy. Corruption features multiple planets for Samus to explore, with trippy alien designs abounding. The series' signature atmospheric nonlinear exploration gameplay fine-tuned to perfection. It's a bummer that Retro Studios hasn't returned to the Metroid series since Corruption's release seven years ago. 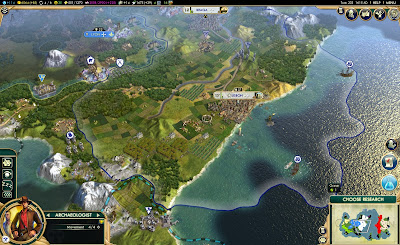 
Together with its expansions Gods & Kings and Brave New World, I've put more hours into Civilization V than anything else on this list. A single game of Civ V could take upwards of five hours to get through. I love this style of "4X" strategy game, since you're not just waging war against other people. You can win through economic victory, diplomatic victory, or any other number of means. Plus you can get nuked by Gandhi. And since it's turn-based instead of real-time, you get to spend forever analyzing each move you make. 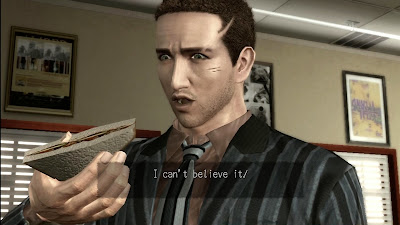 Deadly Premonition is not a well-made game. It hardly even qualifies as a seventh-generation console game. It's full of bugs, awkward controls, terrible graphics, and a limited soundtrack. But that's all part of why I love it. Deadly Premonition is a Twin Peaks-inspired comedy horror with tons of personality. The obtuseness of it all is what makes it so appealing. It's a diamond in the rough that's become a cult classic. I've written about it before here. 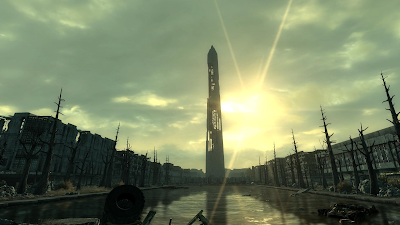 This entire blog is named after the location of Fallout 3, so I'd hope it would make this list. I've got mixed feelings on open-world games, since they've all got awful pacing and dramatic tension. Bethesda's other open-world RPG series The Elder Scrolls gets much more attention than Fallout, and it's such a self-serious Tolkien ripoff that I never got too into it. But Fallout 3 hits the perfect balance of post-apocalyptic harshness with a sense of gallows humor through it all. Plus I've got the sentimental attachment of it being by far the most detailed depiction of my hometown Washington, D.C. in videogame form. 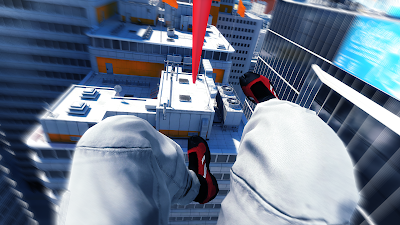 Crazy to think after making Mirror's Edge, Swedish studio EA DICE went on to become a generic FPS factory with the Battlefield series. Mirror's Edge is ahead of its time, a first-person parkour game that was a commercial failure but has since gained respect in the gaming community. Its parkour control scheme was a paradigm shift from standard first-person controls, which turned many players off but allowed for a new type of game we haven't really seen before or since. Combine that with a minimalist color palette, airy electronica soundtrack and strong female protagonist, and Mirror's Edge is a classic. 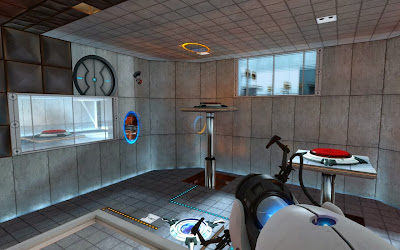 It has to be Portal. It can't be anything else. What else could I choose? Valve's unassuming first-person puzzler Portal is likely the most important game of the last decade. You probably already know about Portal. There are university curriculums based around it. The most fun part of it is the fact that Portal was released with virtually zero fanfare--a short little puzzle game extra thrown in with the already-stellar Orange Box. Valve is undoubtedly the best developer of the last generation of video games, and Portal is perfection in game design.
by Unknown at 12:47 PM