(yes it's a clip from a different movie, but I never pass up an opportunity to post the best song)

The future of entertainment with worldwide appeal that Tim talks about is fine and good, but sometimes an inclusive nature changes things for the worse.  That sometimes has a name, and its name is G.I. Joe: The Rise of Cobra, the first live action G.I. Joe movie.  It was atrocious.  2013's sequel, G.I. Joe: Retaliation was not atrocious.  While that might not be the high praise you'd expect on a top 5 list, it is enough in my eyes.  I've been a fan of the real American Heroes for longer than any other fictional characters and the somewhat redemptive nature of the movie delighted me to no end.  There's a number of other highlights including impeccable casting of the Rock as Roadblock, distinct lack of Channing Tatum, and Snake Eyes getting to actually be a badass ninja that fights other ninja on the side of a mountain instead of a mute with molded lips.  The link between the Arashikage and Wu-Tang was further strengthened  with RZA's unexpected appearance as a blind ninja master.  I know it's just a passable movie, but it's a passable movie I liked dammit. 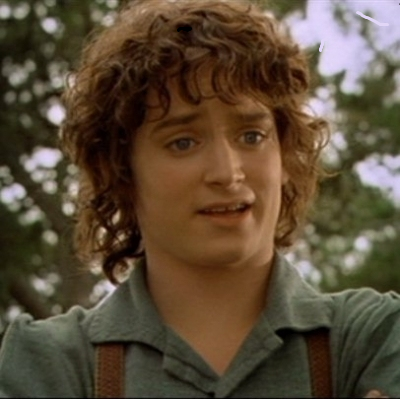 4. The Hobbit: The Desolation of Smaug

It's The Hobbit and it's a goddamn fun as hell adventure.  People that have a problem with the movie are probably saying two things: 1) "a bloo bloo bloo, they took liberties with the book" 2) "where's the rest of the story?"  "Stay patient, nerd" is the only appropriate response.  The changes and additions made to the story for the movie sake are fine and add to the story in an organic enough way.  Seriously though, it's an adventure story that feels like an exciting adventure.  Then again, my judgment could've been clouded by viewing the audiovisual dumbassery that is Rebuild of Evangelion 3 earlier that same day which made tH:DoS seem like the best movie ever if not for 3 specific reasons (hint: they're one, two, and three on my list).

As a Jackass aficionado every new release by Johnny Knoxville and company I tend to meet with unbridled glee.  Bad Grandpa is no exception.  Forgoing the outrageous/dangerous physical stunts part of the equation this time Johnny Knoxville remains entirely in heavily prosthesis as an old troublesome man.  The strangest part of the movie comes with the introduction of an overriding narrative.  Crafting a narrative to link the gags is an odd choice made even more bizarre as the link between Knoxville's bad grandpa and his young grandson is touching in a way no one would have probably thought.  Perhaps it shouldn't come as a surprise considering Spike Jonze's talent and heavy involvement in the series.  That said the physical and candid camera gags are still the draw.  If you don't think an old man crapping his pants so bad that he inadvertently paints the walls of an eating establishment brown is funny then how do you even enjoy life?


2.Escape Plan
There is a certain audience for this movie about Arnold and Stallone escaping from an inescapable prison, and that audience is me.  Old action heroes, prison fights, sneaky plots, exploding barrels, twists, and TWISTS, Escape Plan has it all.  This clearly isn't for everyone, and it's only natural for some people to roll their eyes at it.  Too bad it's still the second best movie of the year.  I like what I like and I apologize for nothing.

My fascination with mecha is well documented, so it shouldn't come as any surprise that Pacific Rim is my top pick for 2013.  There's not much left to say about it that Jake and I didn't already cover in our dialogue about it.  Tastes are subjective, but what's not subjective is how objectively awesome the action scenes where.  How rad was that Hong Kong battle?  Super rad, amirite?  Let me reiterate then, it's a giant robot movie that reminded me why I love giant robots, so I think it can stir some feelings in even the hardest of hearts.
by Unknown at 12:37 PM