Revisiting the legacy of Metroid II: Return of Samus

I've already written extensively about Metroid, Nintendo's black sheep. Metroid II: Return of Samus, released in 1991 on the Game Boy, is the black sheep of the black sheep series. Even among Metroid fans it's often overlooked, as most Game Boy games are. But Metroid II is as pivotal in shaping the series as the original Metroid and the opus Super Metroid. This oft-forgotten sequel is fascinating to explore as a statement of design philosophy. 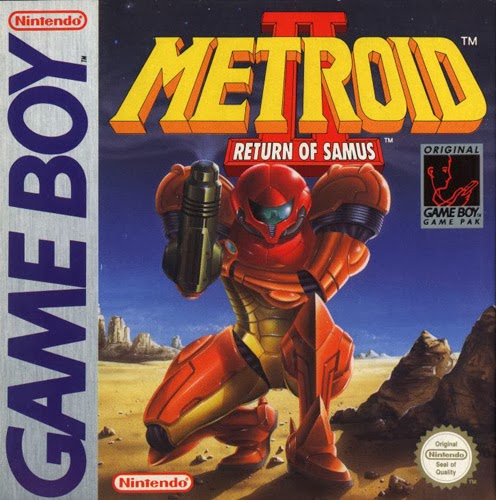 Let's begin with the title. Metroid II. Most handheld iterations of major series are marketed as spinoffs, rather than true sequels. The Mario games on the Game Boy were called Super Mario Land to differentiate them as inferior to the larger Super Mario WORLD on the big-boy Super Nintendo. The portable version of Assassin's Creed III was given the "Liberation" subtitle to make sure people knew it wasn't the REAL Assassin's Creed III, which could only be found on home consoles.

But Metroid on the Game Boy was simply called Metroid II. It's no coincidence Metroid creator Gunpei Yokoi was also the creator of the Game Boy. Metroid II was proof you could make "real" games on handheld systems, not just spinoffs and puzzle games.

It's not a masterpiece. Due to the limitations of the hardware, Metroid II features bland level design and recycled art assets. Many of the environments look almost identical to one another, which is all the more frustrating since there's no in-game map. And the music, while continuing the atmospheric dissonance pioneered in the original Metroid, is terribly subpar by the series' standards.


There's so much to digest, though. Metroid II introduced tons of concepts and gameplay mechanics that would go on to become staples of the series, from save stations and Samus' spaceship to items like the Spider Ball and Plasma Beam. The game has an interesting structure, in that there are no conventional boss battles aside from the Queen Metroid at the end.

The series is known for its minimalist storytelling (well, until recently...). For an overlooked Game Boy game, it's strange that Metroid II includes perhaps the most important plot point in the entire series.

The set-up of Metroid II's storyline is questionable. Samus is on a mission to kill every single Metroid on planet SR388. They're not invading or terrorizing anyone else; SR388 is their home planet. Samus is the alien invader, out to commit genocide. There's even a counter at the bottom of the screen telling you at all times how many Metroids are left alive. But at the end of the game, after Samus has killed the last Metroid, she finds a Metroid egg that hatches in front of her. The newborn Metroid imprints onto her and believes Samus is its mother. So she spares the infant and takes it with her at the end of the game.


This has massive implications for the rest of the series. It immediately sets up the story of Super Metroid, where the Space Pirates steal the baby Metroid, and the dramatic ending where the baby Metroid sacrifices its own life to save Samus. It also evolves Samus' relationship with Metroids from a simple antagonistic one to a more ambiguous symbiotic connection, which would be further explored in Metroid Fusion. 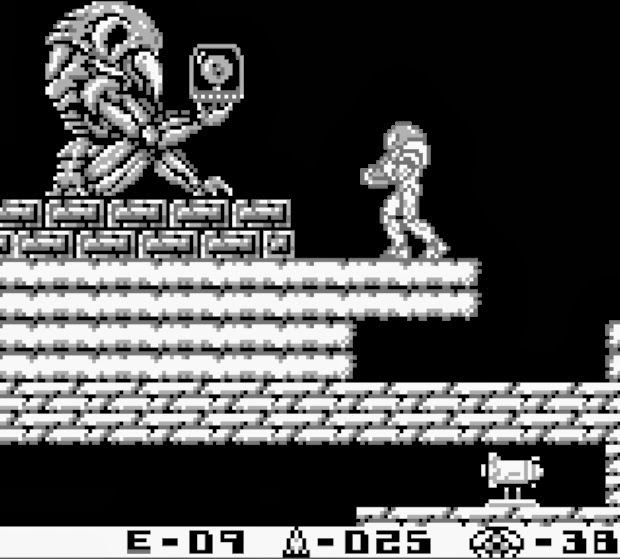 The Mother Factor is particularly interesting. Not only was Samus the first major female protagonist in video games (Ms. Pac-Man doesn't really count--she's Pac-Man with a pink bow, not a human), but the main villains in Metroid and Metroid II are both female as well: Mother Brain and the Queen Metroid, respectively. Mother Brain would make a reappearance as the antagonist of Super Metroid.

How many other video games feature both a female protagonist and antagonist? And neither of them are objectified or sexualized for the Male Gaze, either? It's really just Metroid… and Portal.

Metroid II was originally planned to get a colorized remake for the Game Boy Color like The Legend of Zelda: Link's Awakening got with Link's Awakening DX. But Metroid is not the same cash cow for Nintendo that Zelda is, so it never happened. Metroid Prime developers Retro Studios talked about doing a remake of the game like the original Metroid got with Metroid: Zero Mission, but that never panned out either. Metroid II was not re-released in any form until 2011, when it was released on the 3DS Virtual Console.

It's a shame there hasn't been a handheld Metroid game in eight years, or a traditional Metroid sidescroller in ten years. I wouldn't recommend Metroid II to anyone in 2014 aside from diehard Metroid fans, but it's one of the most important, overlooked games Nintendo has ever made.
by Unknown at 3:32 PM