Metroid has always been close to my heart. In my "100 greatest games of all time," it was the only series to be represented three times on the list. Choosing between Metroid games is like choosing between my children. So let's do it. 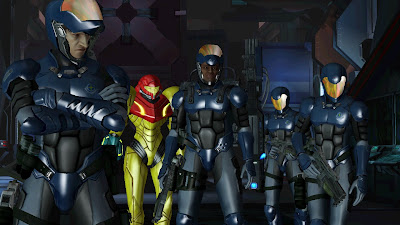 The only Metroid game I actively dislike. It's an admirable risk to try to add dialogue and a wider cast to a series about isolation and solitude. But Nintendo gave the task to Team Ninja, best known for... boob physics. They turned one of gaming's only major strong, independent, non-objectified female protagonists into a woman who longs for nothing more than a man to tell her what to do. 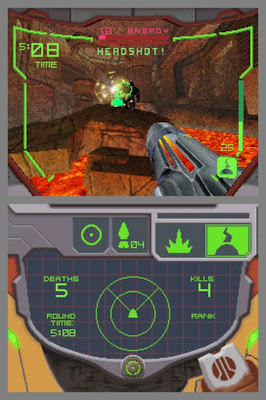 Nintendo's attempt to make first-person shooters work on its handheld DS. It's admirable, but it's not the most comfortable control set-up for players. When it comes to gameplay, Hunters has more in common with Halo than with Metroid. None of the series' trademark exploration elements are there, and instead of a lonely, moody atmosphere, Hunters focuses on linear levels and multiplayer deathmatches. Some good remixes of classic Metroid Prime music, though. 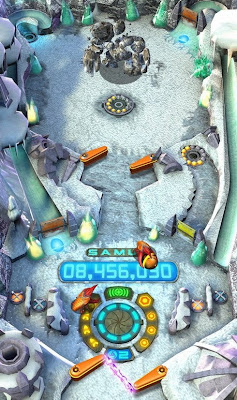 It's with a heavy heart I place this so low on the list; a testament to the quality of the entire Metroid series. Most Nintendo franchises are happy to poke fun at themselves, but Metroid takes itself pretty seriously. So it's nice to see Nintendo green-light this random project. Metroid Prime Pinball is a (serious!) retelling of the original Metroid Prime story... in pinball form. One of Samus' most iconic powers is her Morph Ball ability, so why not make her a pinball?! Nintendo has a history of surprisingly great pinball adaptations, from Kirby's Pinball Land to Pokémon Pinball, and the DS' elongated double screen lends itself perfectly to a virtual pinball table. Metroid Prime Pinball boasts lush graphics, a great soundtrack building off the original Prime's, and fluid ball physics. Ball physics!

A Game Boy Advance remake of the original 1986 Metroid, with all the added gameplay mechanics introduced in later games. Not only retells the original story, but adds a new layer to Samus' first adventure. Relatively linear and short by today's standards, but it's a reinterpretation of a game that's nearly three decades old. While Metroid Fusion introduced the series to the GBA with a slightly different take on Samus, Zero Mission is more of a traditional Metroid game. Features occasional anime-style cutscenes that I dislike; I know it's a Japanese game, but Metroid is not built on cutscene storytelling.

A polarizing entry in the series. Nintendo was so unsure about the Western-made Metroid Prime that it internally developed a 2D Metroid game at the same time. It's more story-driven than most entries in the series, and laid the groundwork for the disastrous Other M eight years later. Like Zero Mission, it's also fairly short and linear. But it takes risks with the series, placing Samus in an environment (and a suit) she's unprepared for. It hits a good balance of character development without going overboard, like Other M later would. And introduces a heavier horror atmosphere than perhaps any other Metroid game. 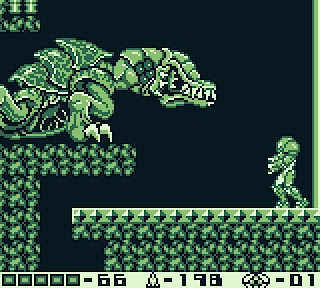 Another polarizing handheld title. Metroid II is tough, and more linear than its predecessor. But it represents a lot of different things. It takes Nintendo's first handheld system seriously. And it's no coincidence: under-appreciated Game Boy creator Gunpei Yokoi is also the creator of Metroid. While other Nintendo franchises put spin-off titles on the Game Boy, Metroid II is a true sequel to its predecessor. It's not Metroid Portable or Metroid Jr. It's Metroid II. The series maintains a canonical storyline over multiple entries that Mario and Zelda don't attempt, so it's that much more meaningful that Metroid II is a true Metroid game. Introduces mechanics that would become Metroid staples, like save stations and the Spider Ball. And one of the most critical events in the Metroid mythos happens in this game: Samus is unable to kill the last Metroid. 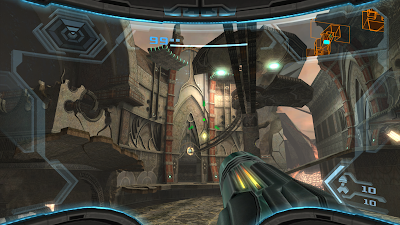 Concludes the masterful Metroid Prime trilogy. The only entry in the trilogy on the Wii. For the first time in a major Metroid release, Samus can travel to different planets, so her ship becomes more than a simple landmark at the beginning of the game. Includes some of the most gorgeous art design in the entire series. Probably the least difficult game in the Prime trilogy. Introduces a wide cast of characters and much more voice acting than any previous entry, perhaps taking advantage of all the comparisons made between Metroid and Halo. The final boss battle is a satisfying encounter with a classic Metroid villain. We see more of Samus' face throughout the game, which I don't like. Isn't she meant to remain fairly anonymous until the end?! But still remains true to the series' atmospheric, nonlinear roots. 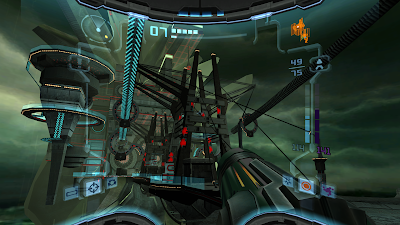 The most underrated entry in the Metroid series. Fans complained about the light world/dark world trope which we've seen in plenty of other games, saying it makes the levels seem repetitive and bland. But to me, Echoes is a Metroid connoisseur's Metroid. It's by far the most difficult of the Prime trilogy, building off many of the concepts introduced in the first Prime without simplifying them for a wider audience like Corruption would later do. The story expands its focus without relinquishing Samus' signature solitude on alien worlds: throughout the game, Samus finds the dead bodies of Galactic Federation soldiers, and must piece together what happened to them. Echoes is a deep, enriching experience with some of the series' most refined puzzles, mature themes, and unique art design.

The original. The platforming of Mario with the exploration of Zelda and a darker Alien-inspired atmosphere. A landmark in nonlinear game design. One of the first female protagonists in gaming, with the paradigm-shifting twist that adolescent male gamers didn't realize Samus was a woman until she removed her helmet at the end credits. And unlike most female protagonists even in 2013, Samus is not objectified or a love interest. She doesn't need anyone's help. She just kicks ass and takes names. In the golden era of 8- and 16-bit melodic videogame music, Metroid was one of the first games to feature a dissonant soundtrack. Composer Hip Tanaka wanted the music to blend seamlessly with the game's eerie sound effects. The main Metroid theme isn't even heard until the very end of the game, as catharsis for the audience. 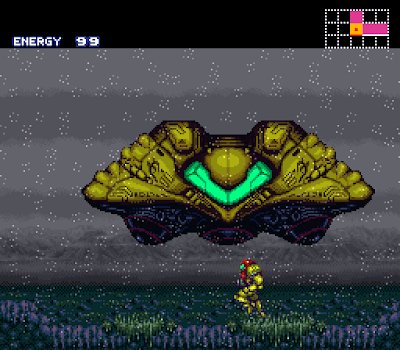 I know many people think this should be #1 on the list. Super Metroid is one of the greatest games ever made, the pinnacle of 2D action-adventure game design. And like some of the Super Nintendo's other classics, it's aged perfectly. The original Metroid is rough around the edges by today's standards, but Super Metroid is still absolutely flawless. Gorgeous caverns and lairs to explore, perfect controls, and a beautiful soundtrack. Both the art design and music build on themes from the original Metroid while taking them to new depths. The beginning of "Metroidvania" game design, and popularized speedrunning. Features a minimalist storyline that still manages to be powerful, with a frantic opening and the baby Metroid from Metroid II making a famous reappearance at the ending. 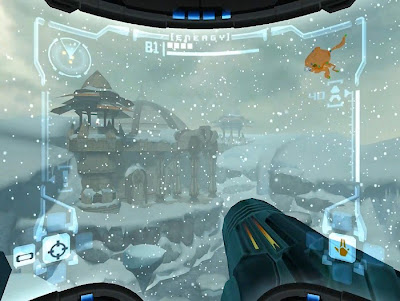 This has to be my favorite game of all time. I know it like the back of my hand. I wrote an in-depth analysis of Metroid Prime's development last year, and it explains many of the reasons why the game means so much to me, and to gaming as a whole. The notoriously Japan-centric (and even Kyoto-centric) Nintendo taking a huge risk, handing one of its most beloved franchises to a Western developer for the first time ever. After skipping the Nintendo 64 generation, the first Metroid game since Super Metroid, tasked with bringing the series to 3D. The controversial decision to make the game first-person, a suggestion made by none other than... Shigeru Miyamoto, creator of Mario and Zelda, who up to this point had never been involved with Metroid. Instead of turning into a generic FPS like everyone thought, became a thoughtful first-person adventure with all the hallmarks of Metroid (and a diegetic HUD!). Solitude, minimalist storytelling, complex gameworlds, a haunting soundtrack, lush art direction, impeccable level design. The most reserved, realistic rendition of Samus in a Metroid game. I've played this game from start to finish more than any other game.
Metroid Prime is the perfect video game.
by Unknown at 12:01 PM