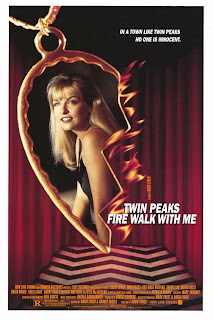 Twin Peaks: Fire Walk with Me (1992) Unless you're a hardcore David Lynch or Twin Peaks fan, stay way from this unnecessarily dark and humorless tale that's vastly inferior to the genius television show it comes from... and why'd they have to replace Donna?! 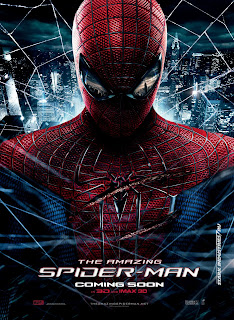 The Amazing Spider-Man (2012) After Spider-Man 3 tarnished the legacy of Sam Raimi's stellar first two Spider-Man adaptations, this reboot by the fittingly-named Marc Webb is adequate but subpar; Andrew Garfield is decent as the new Peter Parker and Emma Stone is great as Gwen Stacy, but the supporting characters are a step backward, and the Lizard is a laughable villain compared to Willem Dafoe's haunting Green Goblin in the previous films. 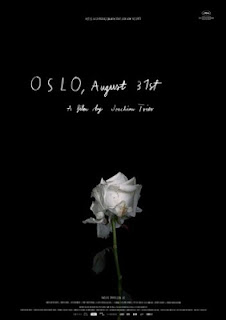 Oslo, August 31st (2011) This understated Norwegian drama is an emotionally-draining look into 24 hours in the life of a recovering drug addict, one I love enough to have already written about on this blog. 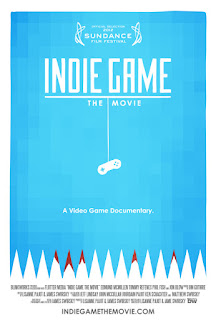 Indie Game: The Movie (2012) This documentary is right up this blog's alley, as it follows the development of independent gaming darlings Braid, Super Meat Boy, and Fez with varying degrees of success--Braid creator Jonathan Blow comes off as more pretentious and arrogant than ever, but this beautifully-directed story gave me more respect for the people behind Super Meat Boy and Fez. 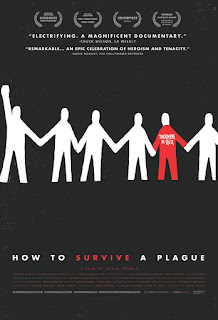 How to Survive a Plague (2012) This documentary on the AIDS epidemic in the '80s and '90s focuses on the political activism required to get the American government to pay attention, and does a decent job of making viewers care but isn't anything groundbreaking. 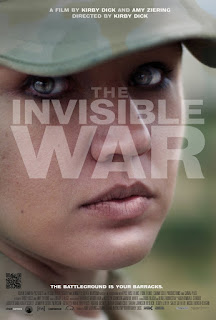 The Invisible War (2012) On a "2012 documentaries" roll at this point, The Invisible War is groundbreaking and affecting in ways How to Survive a Plague only attempts to be, exposing the shocking prevalence of rape within every branch of the U.S. military, and how hard the military works to sweep it under the rug, even to this day. 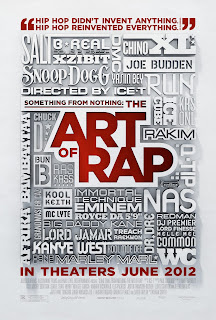 Something from Nothing: The Art of Rap (2012) A welcome change of pace after the deeply depressing 2012 documentaries of the past couple days, Something from Nothing is basically just veteran rapper Ice-T hanging out and talking with nearly every other aging, relevant hip-hop artist--the amount you care about this film depends on how much you care about the individual people interviewed, as I thoroughly enjoyed the conversations with Q-Tip and Immortal Technique but much of the rest was a bit redundant. 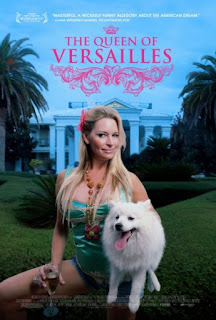 The Queen of Versailles (2012) This is a self-described "riches to rags" documentary of one of America's wealthiest families going broke after the 2008 financial crisis, but we quickly learn the superrich don't "go broke" the same way as the rest of us; the opening half hour is fascinating, but the rest of the film drags on a little too long. 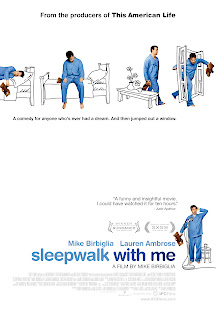 Sleepwalk with Me (2012) This autobiographical comedy about a struggling stand-up comedian produced by NPR's Ira Glass is a fun watch with some poignant moments, but I won't be watching it again years from now (by the way, is its title a reference to the first movie in this article?). 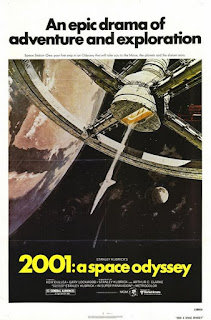 2001: A Space Odyssey (1968) I've seen nearly every Stanley Kubrick movie, but this is one of those embarrassing "pivotal films I'm ashamed to say I've never seen like Gone with the Wind or Citizen Kane" and now I understand why it's a classic, with virtually every trope of sci-fi cinema established in this opus... and I livetweeted it, too. 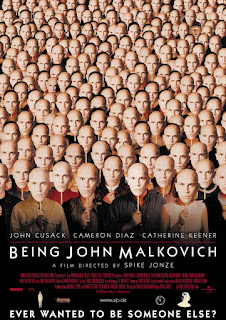 Being John Malkovich (1999) It's fantastic, but I wonder why people remember this as a quirky, cerebral comedy, since watching it makes me realize how dark and twisted it truly is: the scenes where John Cusack's character locks his wife in a cage with an ape remind me of the opening scene of 28 Days Later. 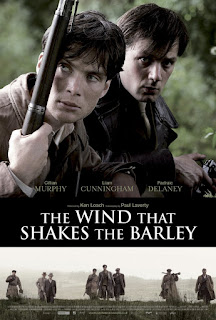 The Wind That Shakes the Barley (2006) Speaking of 28 Days Later, I've got a man-crush on Cillian Murphy which led me to watch this incredibly depressing drama about the Irish war for independence and Irish civil war that brings a fresh, personal perspective on the rise and splintering of the IRA in the 1920s. 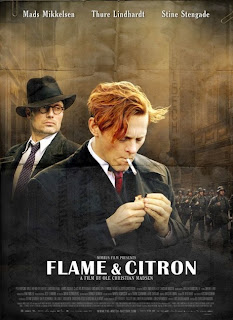 Flame & Citron (2008) Speaking of historical European wartime dramas, Flame & Citron follows the exploits of two real-life resistance fighters during the Nazi occupation of Denmark in the Second World War, featuring gripping performances by Thure Lindhardt and Mads "I'm in Every Danish Movie Ever" Mikkelsen.
by Unknown at 5:42 PM

Email ThisBlogThis!Share to TwitterShare to FacebookShare to Pinterest
Labels: 2001, Being John Malkovich, Flame and Citron, How to Survive a Plague, Indie Game The Movie, Oslo August 31st, Sleepwalk with Me, Spider-Man, The Invisible War, Twin Peaks