I've been neglecting the non-European game industry for a while. It's simply easier to write about Europe because it's so many countries clustered together with a fair amount of income. Game development in South America, on the other hand, is hard to come by.

I've only covered one South American game in this series so far; there are plenty of aspiring Latin American game designers but many of them move elsewhere to pursue their careers, such as Vander Caballero's Montréal-based studio and their debut game Papo y Yo. 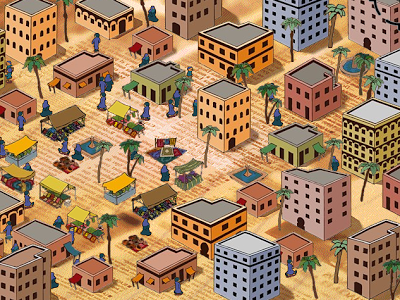 "Newsgaming" is both a developer and a concept, of making small, timely games that address current world issues. September 12th: A Toy World was made in 2003 in response to the U.S. military's "War on Terror." It's a simple, quick-to-play "simulation" of the war. We're slowly starting to see more indie games embrace this activist approach, but it'll be a while before mainstream publishers support it.

While September 12th only features one game mechanic and can be completed in a minute or so, the creator sends a clear message with that time. I won't spoil it for you, since in the time it took you to read this article you probably could've played the whole game.

View Global Gaming Spotlight in a larger map
by Unknown at 11:39 AM