Happy 2013 'yall! It seems like this would be the appropriate time where all bloggers take a chance to statistically express their selves by creating a list of some kind. Doing a top 10 video games list would seem like the obvious choice, but I came to a horrid realization looking back this year... not a single game I have played in 2012... came out in 2012. I was having an affiliation with classic NES games and archives of survival horrors for the most part (admitting, I'm also a cheap bastard who's reluctant on blowing 60 bucks on a new title.) Maybe if I do a "Games Released in 2012 that I'm Most Intrigued to Play" list I could redeem myself. But what's to stop me from doing something music related since I've heard plenty of music that came out this year?

Thankfully, with much inspiration from my friend, Jake Shapiro (along with the occasional urge to 1up him), it is with much humility and gratitude that I give a piece of mind to what albums made the best influence on my kindred spirit. To live up to that urge of "1-upping" Jake, I will go one step beyond the top five and make it a top six. How is it never a bad thing to have room for one more artist that earns credibility and attention? Take Black Moth Super Rainbow for instance...

Pittsburgh-based neo-psychadelia dream pop hybrid, Black Moth Super Rainbow, gained popularity back in 2007 with the release of Dandelion Gum, an album that founded their signature sound with the use of peculiar instruments like the Novacon, Vocoder, and Rhode's Piano. The band's ways in making their music so vivid, saccharine-sweet, and downright enjoyable for listeners tired anything conventional garnered them enough popularity to run a successful Kickstarter page for their latest album "Cobra Juicy."

For an album that was driven from charitable causes by their fans, "Cobra Juicy." Was no half-assed effort. This album had more of an edge compared to their previous albums. While some tracks had their benevolent warmth like "Spraypaint" and "Like a Sundae", the album is balanced with abrasive surreality by the use of fuzzy guitars and darker lyrics ("Gangs in The Garden", "I Think I'm Evil").

I should also mention the absurdity of their Kickstarter page, as some of the rewards for donation included rubber masks, round trips to various Halloween haunted forests, prank-call recording premiers, and even a roller disco party hosted by BMSR's front man, Tobacco. 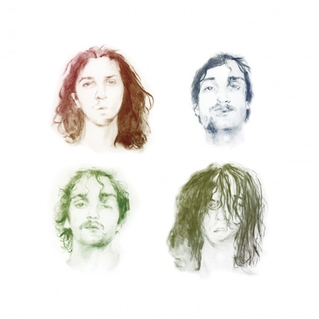 In a small venue in Baltimore called "The Ottobar" I have seen this band, Dope Body open for headlining acts not once, but twice in 2009. One was for the late Baltimore-oriented band Ponytail, and the other was for the long-running Japanese Noise-Punk group Melt Banana. Even if they only started out as a mere trio (Just the bassist, drummer, and vocalist at their start), they were more than welcome acts for both Ponytail and Melt Banana for their ambitious agenda to "Fuck Shit Up!"

That simple agenda was rectified beautifully with their second album, "Natural History." A channeling sludge-fest of head-bashing drums, distorted electric strings, and 70's style punk vocals that work in harmony to create their own sound that's intimidating at first, but encouraging for its listeners to lose one's self with all exterior elements that could interfere with them.

I have been jokingly coining this band as "Filth Punk" for the last few months for their origin, Baltimore, MD. Anyone who knows Baltimore well enough should know that it's home to arguably the filthiest man in American cinema, John Waters. And personally, I feel like the city needs more embodiments to that reputation Mr. Waters had kindly left. If filth can bring more character, then let there be more filth!

I have a weakness for bands who consistently make a vast departure of their previous style by each album all while still carrying some elements to insure it still comes from the same minds and the same agenda. Unfortunately, I can't clearly explain Liars main agenda considering how mysterious the drive and motivation of each of their albums are. As opposed to doing a theme on witch hunting ("The Were Wrong, So We Drowned" 2005) or enveloping a drama of two weirdly-named fictional characters ("Drum's Not Dead" 2006), Liars completely switched gears to the most oddly shape one of them all. They've abandoned their frequent use of guitars in favor of experimenting with as much synthetic and electronic instrumentals as possible all while keeping themselves isolated in a studio located within the emptier and more dangerous streets of Los Angeles.

The end result of their recording experience was "WIXIW" (pronounced "Wish You"), a complex and borderline supernatural machine that keeps itself comfortable in a thick shroud of darkness. Liars has had a history of creating some exceptionally dark music throughout their discography, but "WIXIW"  adds a refreshing shade of complexity and dynamics that make it a different experience as one listens close by each take. Liar's continuous tradition of challenging redundancy makes me all the more excited to how they will redefine their selves again. This. Shit. Gets. Me. PUMPED! When the sound-waves one of their singles "I've Seen Footage" penetrated my eardrums, like a parasitic fungus infiltrating my cerebellum, I was possessed to unleash the dorky white boy within men and go balls-to-the-wall with ridiculous dance moves and cranking the volume to a level loud enough to piss off everyone at my surroundings. It was a very odd moment... I hardly remember the last song that would take such a potent effect on me. Then again, that song was only the tip of the iceberg before I got to turn that brief moment of spazz-tastic conundrum to a full 40 minute freakout with their 2012 album "The Money Store."

This album from beginning to end feels like the an exploration around the nonsensical but endlessly riveting psyche of a legitimately insane, near-homicidal, but nevertheless a consistently enthusiastic mystery man. The first element to take note of its insanity is the instrumentals that bounce back-and-forth with spontaneous pulses of climatic sparks, vibrations, and effects never imagined by the average listener before.

The second element is the energetic rhythm that's projected by drummer Zach Hill, where his ability to keep at high pace and volume challenges the listener to channel with his energy. Dare I should say that their track "I've Seen Footage" is probably their most humble track out of the rest in terms of pace and the energy being brought out?

As for the third element, vocalist/rapper Stephan "MC Ride" Burnett brings out his schizophrenic poetry at a merciless "aint nobody gonna stop me" level of energy and passion. The man is insanity beyond explanation, making all the more a needed puzzle piece for this band. "HNNNNGGGG" That range of angelic doll-like vocals! Those infectious and simplistic instrumentals that ooze inspiration from the likes of Kraftwerk, The Knife, and Fuck Buttons!  Her ability to write and produce her own album with refusal of any assistance at the age of 24, marking off any credibility of whatever accomplishments I have made in the last 25 years of my life. *ahem* Claire Boucher (A.K.A. Grimes) from Montreal, Canada - Allow me to express my need to damn you to hell. Seriously, damn you for giving possibly hundreds of thousands of individuals like myself a harsh reminder of our status as an underachiever by making an album that still makes me glad that it exist because the album is that enjoyable. Never have I encountered such a polarity of envy and engagement.

What Grimes has a achieved so well with her solo work is her ways in evoking so much of her diversities of joys, sorrows, fears, and denials by using so little of what she has on her table. As minimal as her instrumentation is, the centerpiece of her musical DNA will always be her angelic vocals. She sings like a laboratory breed of Julee Cruise, Fever Ray, and Satomi from Deerhoof: with these combined forces, her singing is guaranteed to microwave the frozen heart of any cold-blooded downer.

I don't know what truly goes on in her feeble noggin that assist her motivations as a solo artist. I once read in an interview that at the age of 20, she had a "realization" to how music was created... when I was that age the biggest realization I've ever discovered was that the "beer before liquor" tagline was not make-believe.

PS: Grimes, if out of an extremely slim chance that you are reading this, I must know who did your cover art, for that I wish to make it into a tattoo on my back. I would proudly prance around the beach with that insidious skull following me with every direction I take.

After all the joyous memories of doing my happy-hopping dance to Grimes and BMSR, and doing uncontrollable bodily shaking in rhythm to Death Grips and Dope Body, there's nothing that leaves a lasting impact on experiencing great music much like closing your eyes and embracing all there is. While Liars' latest CD did act as an suitable zone to meditate on their experimental tones, there was a band that had always perfected the ways keeping the listener mesmerized and entranced since their formation in the mid 90s.

I suppose it is fair to point out that Montreal's Godspeed You! Black Emperor went on a near-decade-long hiatus after the release of Yanqui U.X.O. in 2002. That period in the band's cycle should disqualify the reputation of a consistency impacting their listeners... if one were to predict that their luster would be lost if a reformation were to ever happen. It would be hard to imagine that a band so big (roughly 8 members) who have been out of the picture for so long would find a way to get back on their hooves in perfect balance so soon.
And then, in 2012, a year after they reformed for a 2011 tour, out-of-the-blue right before their 2012 tour kicked off, "Allelujah! Don't Bend! Ascend!" was announced. It was immediately available after its announcement, and only was it only on vinyl, but it was made available only in their merchandise booth of their 2012 tour for the first 2 weeks of its release. Instead of building up so much hype on how the sleeping dragon will finally wake up from its everlasting slumber, that fucking dragon taps on your shoulder behind you and right-up takes you for an unforgettable journey on its back.

And an "unforgettable journey" this album indeed was. Consisting of two epic 20 minute tracks interluding with a pair of meditative drone tracks, Godspeed You! Black Emperor made an incredibly rare achievement of living up to their quality of flawless melody arrangements and obtaining an atmosphere that will leave any listener in a pending state of isolation and skepticism against society. Take "Mladic" for example, a track that kicks off with a rumbling build-up to arabic melodies before breaking down to a series of cymbal smashing despair and concluding with a seven-note climax that chills the spine hard enough to leave a man frozen in his posture.