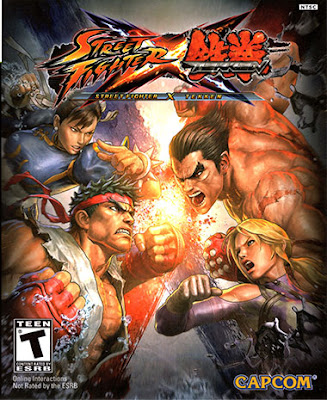 SFXT takes Street Fighter's two dimensional fighting game mechanics and combines that with Tekken Tag's multiple fighter system, meaning it's a 2 vs. 2 fight but the round ends after one character is knocked out. Nothing is incredibly groundbreaking despite arguably the two top fighting game developers working in conjunction, but inter-company crossovers are always exciting.  In a word, it is familiar, so there is something for the hardcore fighting game community as well as casual appeal.
I like me some fightan games. I would even like to believe I possess at least mediocre talent on the sticks (I prefer a Dreamcast controller though), yet this title appears with a major caveat. The co-op mode is perhaps my favorite innovation in the tag fighter genre.  As previously stated the game doesn't push the boundary and the latest Capcom fighting games haven't tickled my fancy, but the co-op mode is something I greatly enjoyed.  The addition seems rather simple but it drastically improves the experience when you are physically gathered to play the game.  A feature like this has allowed my brother and I to utilize the team of King and Cammy like a true tag team as we Frakensteiner and Kinniku Buster all comers.

4*. Zone of the Enders HD Collection 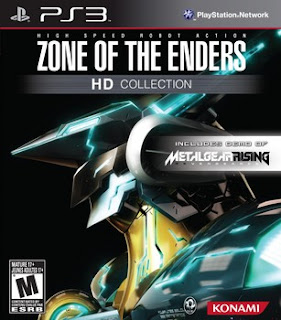 If the previous entry had an asterisk, so too does this one. It's an HD collection and not really a new game when you get right down to it.  Even though the inclusion of this collection might seem like cheating, it is well worth it. I have already examined and showered the franchise with adulation on this very blog.  Naturally, two of my favorite games of all time collected into one package would make my fave five, regardless if it were just a rerelease or not.  The HD collection is a nice chance for people to experience Zone of the Enders and its sequel The 2nd Runner if they missed these fantastically fast paced aerial action games the first go around.
It is not my dream collection as there are some technical hiccups: some weird clipping issues in cutscenes and supposed framerate issues (though there were framerate issues in the originals too).  There is also a lack of any extras: you get the two games and that's it, which seems to be the norm for collections like this. Though I guess it does come with a demo for Metal Gear Rising, something I have yet to play, surprisingly. So while I would have liked to see this title have flawless technical performance and perhaps an online option for the versus mode, Zone of the Enders HD Collection is still well worth the $40 or whatever sale price it is at now. 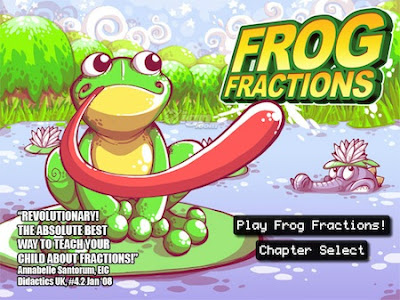 A free game on my list, shocking, so go check it out. Frog Fractions is an ambitious edutainment game by Twinbeard Studios designed to instill the importance of fractions in the nation's youth, or is it something much DEEPER?  I will leave that for you to decide. I thought it was quite simple, yet wholly enjoyable my first time playing.  Future sessions with the game left me stunned by the scope of the game. The vast array of gameplay styles coupled with the epic (in the classical sense of the word) story truly outperforms many of the so called AAA titles.
To put it quite simply, there is no adequate explanation for those that haven't experienced it and no explanation can do it justice for those who have. 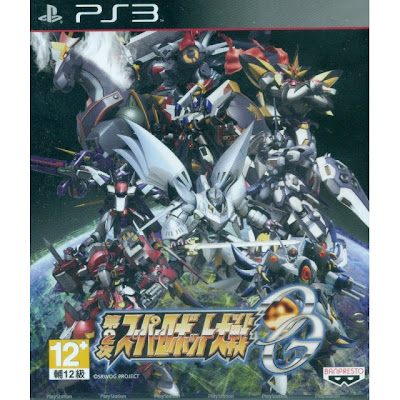 This game is just a well-done turn based strategy RPG with solid gameplay mechanics.  If that was all, though, I wouldn’t have imported this game.  SRWOG2nd (or any other of the number of permutations of the shortened name) is exactly what the title says, as you command an eclectic mix of eccentric pilots and their exotic mecha in a battle to defend the Earth.
Since this SRW entry bears the "Original Generation" moniker, it is devoid of the characters and robots found in anime like Mazinger or Gundam and is comprised entirely of original characters from the bevy of previous SRW titles.  Giant robots fighting should be a concept that puts nearly anything into anyone’s Fave Five. After all, robots, especially super robots, are what men’s dreams are made of.  Nothing else needs to be said, but I can show you how I dispatch most bosses There is no further explanation I can give besides that this is how I dispatched most bosses. 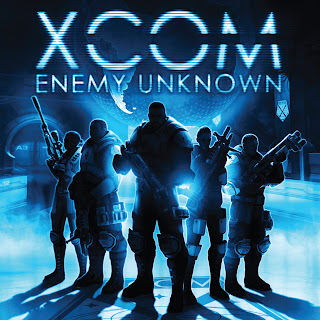 An intuitive yet incredibly deep and harsh tactical experience is what you can expect from this turn based strategy game.  You lead a squad of elite (eventually) commandos as they fight back against an alien invasion.  There is some semblance of a story but what really shines is the gameplay, which actually allows for the player to craft their own narrative and personalize the troops they use.  This title seems to be getting a lot of praise, and it deserves it.
Despite never playing the original XCOM or any of its sequels I felt a strange and unnerving desire to play XCOM: Enemy Unknown.  This was probably driven by my enjoyment of sci-fi and tactics, key aspects of this game, but while that might explain most of this bizarre urge, there is still a missing piece.  That piece is the hushed whispers, or frustrated cries, of the difficulty present in the previous XCOM games, and Enemy Unknown did not disappoint as the ramifications of "Iron Man" mode broke my heart when one of my valiant veterans or unlucky rookies was laid to rest.  The combination of these three components drew me to the game, and once within its grasp it is where I remained.
by Unknown at 5:17 PM