Are retro videogame stores the future of games retail?

Last Tuesday, I wrote about one of San Diego's few remaining independent game shops shutting its doors. Then on Sunday, I stopped by SD's other game store, Luna. By contrast, Luna was doing decent business. So much so that they've even got two locations in the city. I stopped by the one in Ocean Beach, right on one of the neighborhood's busiest streets. 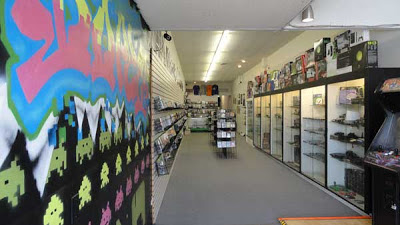 When I asked how they've been able to stay in business while Games On bit the dust, the owner told me the reason behind his success was simple: old games. Games On tried to compete with GameStop--and more importantly in the future, digital distribution channels like Steam--with new game sales. Independent shops will never be able to keep up with Steam and GameStop when it comes to new releases, pre-order bonuses, and day-one sales.

But as games mature as a medium, the niche for old games is growing. When I was in college (2008 through 2012, mind you), I saw almost as many students playing Nintendo 64 as Xbox 360. And this demand for physical copies of old games and consoles will never be digitized in the same way new games are. Yes, there are emulators and old games released through PlayStation Network and Xbox Live Arcade, but the market for physical retro games isn't going away. 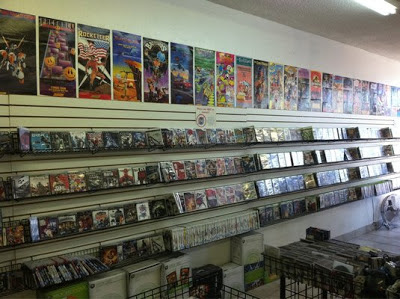 It's similar to the increased popularity of vinyl records over the past few years. As iTunes has negated the need for CDs, people who care about physical albums have opted to go for the big-picture format of vinyl. Most devoted music enthusiasts in 2013 own records. The same thing is happening with games. What do you think?
by Unknown at 12:33 PM