I've done "best of 2012" lists for music, Lego, sports, and film, but at the end of the day this is really a gaming blog. So without further ado, my final Five Favorite list for 2012: 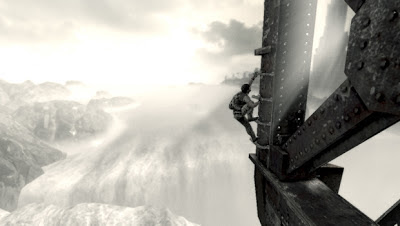 All the other games on this list have gained some sort of cult following and are widely respected by the independent gaming community. I Am Alive, though, is underrappreciated by just about everyone. The game was in development at Ubisoft for nearly nine years, and although it gained attention with the glimpses shown during production, by the time it finally released on Xbox Live Arcade in March, it was completely overlooked. Although it's a downloadable title, you can tell I Am Alive had ambitions beyond what it could ever actually achieve.

It's a survival game in the truest sense of the word--you play as a man searching for his family in post-apocalyptic American city. He's not a typical superhuman game protagonist; he can climb abandoned buildings, but can only hold his weight for a certain amount of time before he wears out. He finds a gun, but he typically never has more than one bullet. As a result, the player is forced to bluff their way through hostile situations, threatening enemies with a gun that they know is empty. While most games today are about empowerment, I Am Alive is about weakness. I wish we could see more small games from major publishers like this in the future.

Molleindustria's new game was the inspiration for a fairly in-depth article I wrote back in November. It's a point-and-click game about the life of an American UAV pilot. The game itself isn't very complex, but Molleindustria does a great job of exploring political issues through gaming in ways that other mediums could never achieve. Major publishers are afraid to offend anyone, but sociopolitical issues are an untapped subject matter indie developers are able to capitalize on.

The U.S. military's use of unmanned drones is controversial partially because of its "gamelike" nature--the pilots aren't in the line of fire, but thousands of miles away sitting at a computer. So this is the perfect medium with which to talk about drones. Although Molleindustria is best known for all its activist games, Unmanned connects with me because it reminds me of one of their few non-activist games, Every Day the Same Dream. It's more about the drone pilot than the drone itself, as we get to see his daily routine, everything from shaving to flirting with coworkers. The routine lets us identify with him, and makes it that much more jarring when we're told to kill ambiguous terrorists.

Side note: Molleindustria's blog is a great read in its own right, even if you don't play the games.

This game's not free, but it's only $5. Buy it. Thirty Flights of Loving is ostensibly a story of three smugglers in Argentina. But it's the storytelling methods that really hook you in. It reminds me of a Quentin Tarantino movie, Pulp Fiction in particular because of its quick non-chronological editing and its choice of bombastic seemingly-out-of-place music. Thirty Flights of Loving only takes fifteen minutes to play, but it makes you want to come back over and over to experience it again.

This game toys with your expectations. If you're not a gaming enthusiast, you might not be taken aback by Thirty Flights of Loving's quirky design choices. But you don't need to be a hardcore gamer to enjoy this quick trip into "Nuevos Aires." Developer Brendon Chung at Blendo Games does a great job of telling a story without any sort of dialogue or text, using purely visual cues. Isn't that what all games aspire to? 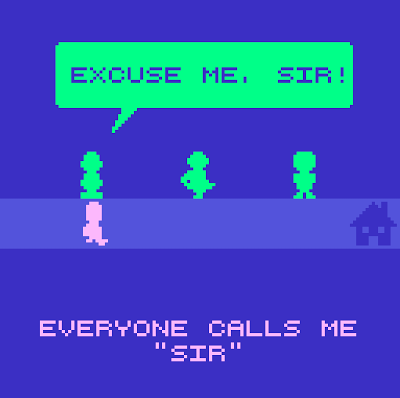 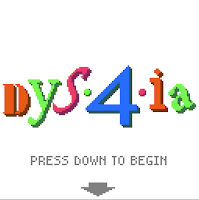 Anna Anthropy, a.k.a. Auntie Pixelante, is a pioneer in activist gaming today. She's the author of groundbreaking DIY game design book Rise of the Videogame Zinesters, which can be a bit preachy at times but nevertheless signifies perhaps the next major step in independent game production. Her autobiographical game Dys4ia tackles her struggles with hormone therapy, through a series of Atari 2600-style minigames. This personal story is the sort of thing Anthropy hopes will become commonplace in the future, as a wider variety of people have access to simple game design tools--not just rich white nerdy men who can afford to go to MIT.

Dys4ia isn't "challenging" and it doesn't take very long to play from beginning to end, but its human quality makes us connect to it in a way most other games can't. Using the power of games as a medium, it helps the rest of us understand how hard it is to come to terms with one's transgender identity. You really should play this game, even if you don't play videogames at all.

Dear Esther is another game I've already written about before. Originally a mod for Half-Life 2 before becoming a standalone game in February, Dear Esther pushes the boundaries of what a game can be. Many other titles on this list could also fit that definition, but this one was perhaps the first "non-game" game to gain mainstream critical success (although I wonder what you'd call Myst all the way back in 1993). Dear Esther is essentially someone walking around a remote Scottish island thinking about things. You can't do anything other than walk around, look at the environment, and listen to diary entries. But it's beautiful. While many low-budget "art games" go for an incredibly stylized look, Dear Esther is striking because of its realistic beauty. 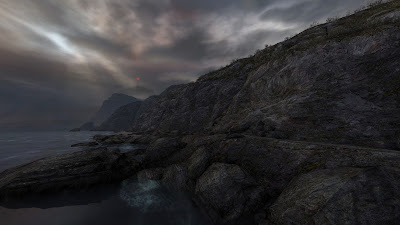 Melancholia permeates the experience, from Jessica Curry's instrumental score to the ruined structures found throughout the island. It's a surreal experience that's only a couple hours long. Many people hate Dear Esther. They think it's a step backward because it's hardly a "game" in the traditional sense. But with this art form just now reaching its awkward adolescence, I believe we're just now beginning to grasp the full spectrum of what a game can be. Thechineseroom's Dear Esther is a milestone for modern videogames.
by Unknown at 11:53 AM