While Northern Europe has seen a huge boom in game production recently, Norway has struggled the past few years. Oslo-based Funcom remain the only major developer in the country. Their focus on massively-multiplayer games has produced some interesting results with unfortunate commercial reaction.

Funcom's single-player 1999 adventure title The Longest Journey was perhaps the swan song of a dying genre, an under-appreciated classic. Their first major MMORPG release, 2001's Anarchy Online, never become the sci-fi superhit they wanted it to be, but it retains a committed following twelve years later, making it one of the longest-lasting MMOs in existence.

Age of Conan was a flop in 2008, so when the studio prepared for their new MMO project The Secret World last year, they made sure it was as original as possible. While the vast majority of massively-multiplayer games fall into either the generic science fiction or Tolkien-derived "fantasy" settings, The Secret World is placed in a modern-day location with a story revolving around conspiracy theories and the Illuminati. 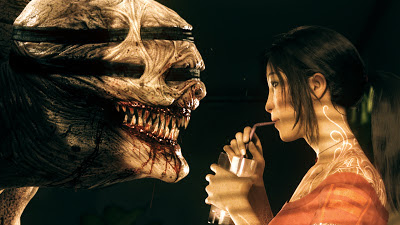 "Free-to-play" has been the hot new buzzword of online gaming, and Funcom took a huge risk when they decided The Secret World would retain the traditional (and perhaps outdated) monthly-subscription payment structure. Of course, no online gamers in 2012 wanted to pay for their games, so the game struggled commercially despite a warm critical reception. Now the game has given in and gone free-to-play, much like other historic MMO flops of recent years like The Old Republic.

Hopefully this doesn't keep Funcom from creating big games in the future. Maybe it'll even motivate them to return to their single-player roots.

View Global Gaming Spotlight in a larger map
by Unknown at 11:16 AM