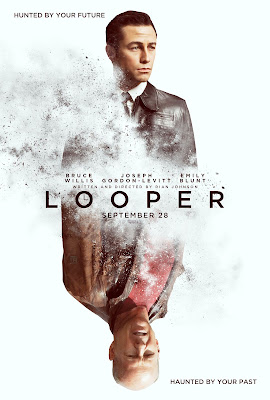 Time travel is a tricky subject almost never handled well in any medium.  Looper skirts this issue by having a clearly defined set of rules that are not explored too deeply.  This allows Joseph Gordon-Levitt and Bruce Willis to play the same person but two separate characters, which forces one man's past and future to come into conflict.  The dystopian world that this all plays out in helps augment the tension.  The ultimate climax leaves you feeling a bit unsettled and questioning whether or not the events of the film even took place.
The major tension of the is something that would perhaps play out as an internal conflict in other stories, but due to the unique setting it is an external one that plays out as one man has a series of moral conflicts. There are a few nice action sequences: one that plays out from two different viewpoints and one where Bruce Willis demonstrates his badass status, and the suspense is palatable throughout the entire piece crafting a riveting story. Room for deeper enjoyment is present, too, as the film is full of moral quandries that are sure to give anyone pause.  If you can only see one movie with Bruce Willis traveling back in time to stop some horrible events, see Looper. That's not to say 12 Monkeys isn't a good film, too.

4. The Man with the Iron Fists 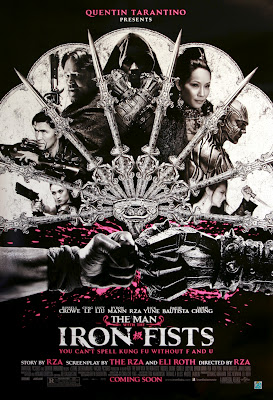 It is clear from the outset that the RZA is a fan of the kung fu and wuxia genre, something that should come as a surprise to no one considering the Wu-Tang Clan's influences are explicitly stated.  Not only did the RZA write and direct the film, he also has the leading role of a blacksmith stuck in the middle of a power struggle.  Storywise TMwtIF isn't necessarily anything new to the genre, but it's a genre not seen much in mainstream American cinema so it remains fresh.  This doesn't stop the film from being a well crafted and executed story full of revenge and intrigue.  The fights are all top notch too, with an array of distinct fighting styles being used.
I like me some kung fu flicks--Kung Pow is one of my alltime favorite movies after all--and who isn't down with the Wu?  So naturally I enjoyed The Man with the Iron Fists.  This movie probably won't win over any skeptics of this style, but then again, it wasn't made for those people.  It's a throwback that shows a great respect for its predecessors while infusing a new style and flair to some of the oldest stories.  I'd be remiss if I didn't mention the Lion Clan's awesome hair, Batista being Batista, and a charmingly ecentric performance by Russell Crowe. 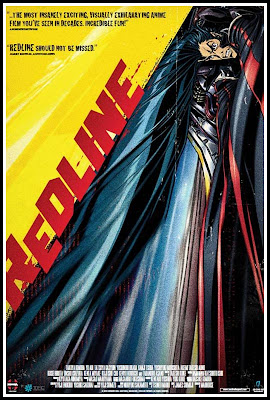 One man's journey to win the fastest and most dangerous race in the galaxy.  This sure sounds familiar.  Oh right it's Redline.  The story isn't what drives this picture, but it's serviceable and allows for some nice character moments along the way.  It's all about the art style and the animation.
Once again, slick animation + cohesive story + kickin' soundtrack = one hell of a ride.  That's exactly what Redline  is too, a hell of a fun ride. 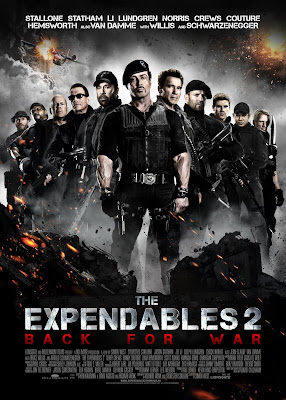 All your favorite action stars in one place kicking ass. What's not to love?  If I need to explain why this is an appealing concept then this clearly isn't the movie for you.  The Expendables 2, much like its predecessor, is all about the spectacle, but unlike its predecessor it doesn't have an unnecessarily long segment with no action focusing on the "old age" or "loneliness" of the gathered action heroes.  The sequel improved upon everything the first one did right and fixed what it did wrong by simply cutting out what didn't work and replacing it with even more action.
There is not much criticism I can offer the movie besides it's a little simple, which is a moot point because it is conscious decision to be that way. My only other gripe is that when compared to the legendary statuses of Arnold Schwarzeneger, Sylvester Stallone, Bruce Willis, Jason Statham, Jet Li, Jean-Claude Van Damme and the awesomeness that is Terry Crews, Liam Hemsworth comes across as an unnecessary and unwanted addition to the cast.  Thankfully JCVD solves this problem quite quickly and with his usual panache. Overall The Expendables 2 is a big loud conglomeration of action, which is exactly what I wanted. 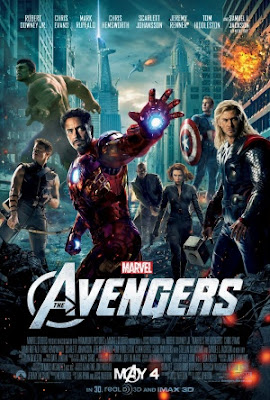 And there came a day unlike any other when Earth's mightiest heroes found themselves united on the silver screen.  The fact that an Avengers movie exist is reason enough to be at the top of my fave five.  Stop and think about that for a minute.  That is crazy.  The previous entry is a good indication of my enjoyment of crossovers; when paired with my somewhat obsessive appreciation for shared continuity, it should further explain this film's position on the list.
My obsessive geekery also found much to gripe about in The Avengers.  A number of cinematic shortcomings are present in the film, but the biggest grievance is one directed at an action of Captain America's.  At one point Loki, the bad guy, mind controls some of the SHIELD agents, good guys, and has them attack the Avengers, really good guys.  This fight occurs on a giant flying aircraft carrier and Captain America, the heart and soul of the Avengers, just throws one of these mind controlled dudes right off of it.  That is not something Cap needed to do or should have done.  He could have just knocked the guy unconscious or made a rousing speech that would have brought the poor schmuck to his senses.  He's Captain America; saying a collection of heartfelt and moving words is like 50% of what he does, the other 50% being punching Nazis and their subsidiaries.  To be honest though, I went in with the mindset that there would be a number of things I'd find to complain about, as is the state of nature for geeks.  I still loved The Avengers, and it sets a powerful precedent.  I can only hope that this paves the way for bigger and better superhero stories to be told on film.
by Unknown at 12:19 PM

Email ThisBlogThis!Share to TwitterShare to FacebookShare to Pinterest
Labels: best of 2012, Looper, Redline, The Avengers, The Expendables 2, The Man with the Iron Fists