Why I stopped playing Skyward Sword 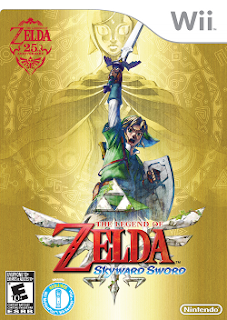 Mechanics are the most important part of any game, video or otherwise.  Without them, you have nothing.  Mechanics are what bind games together in series, in genres, in fanbases.  The rage at Dead Space becoming Gears of War by way of Resident Evil is the rage of one game losing what makes it really special--the mechanics.  This is why I can honestly say after two hours of playing it: I really, really wish The Legend of Zelda: Skyward Sword was just a rehash.

A bit of a preface: I'm a fan of the mainline Zelda games, and I've enjoyed most of the older Game Boy spinoffs.  With the switch to 3D, Zelda became one of the franchises to properly manage the transition of major game mechanics into a widely different format.  Ocarina of Time, for all the hype, still remains as a golden example of a way to "handle" 3D.  With Majora's Mask and The Wind Waker, the Zelda series further refined Ocarina combat, exploration, and puzzles into an extremely polished system.  Twilight Princess, for better or for worse, was clearly a GameCube game ported to the Wii, and couldn't really be said to properly transition the mechanics from simple 3D to motion-controlled 3D. With Skyward Sword, we could finally see how Nintendo would manage it. In a word?

And what was so strange wasn't that motion controls were an illegitimate control scheme (though I guess there are still segments of the gaming community that don't view the Wii as a worthwhile console).  It was the "under the hood"  changes that utterly remade the game. Even now, I'm still not convinced Skyward Sword is a Zelda game.  Maybe I'm just showing my "gamer generation card;" I'm sure there are fans of the Zelda series who felt the transition to 3D was poorly handled. But for now, I'd like to examine just what went wrong.

This was one of the first things I noticed about Skyward Sword: it uses a save point system instead of the traditional save systems of nearly any other games.  It seems like a minor detail, but it's a big deal.  Historically speaking, Zelda was the first console game with a save function, and it's integral to the experience of playing it. As far as mainline Zelda games handled it in the past, if you saved and quit, you had to start the dungeon over from the beginning, except for some major structural changes. It felt like you took a break from exploring, went back to the entrance, and took a breather.  It was immersive, and when you started up a game again you had a pretty good chance of remembering what you were doing. 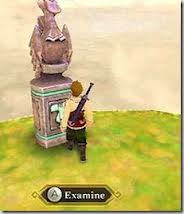 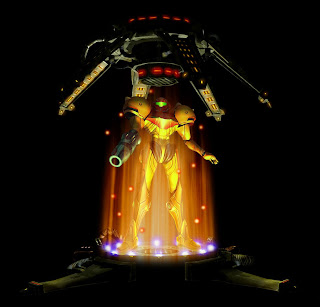 The new save points give Skyward Sword a radically different feel. In fact, it almost felt like I was playing some Zelda-themed Metroid game.  Explore the alien planet, find safe zones, explore to find more safe zones, et cetera. I was digging it, until they put a save point in a dungeon.  It totally throws the experience of venturing out into the overworld, descending into a dungeon, resurfacing for supplies, and having to start over. Now I was just always exploring the overworld, except sometimes it has ceilings and doors.  The flow was completely thrown off, all because of a relatively innocuous change in how you save your game.

2) Combat is the continuation of puzzle solving by other means

One of the first things people thought of when the Wii was revealed was "swing the remote around like a sword." Twilight Princess had it work a little bit, but it was really just a button replacement, not a new implementation. Advancing the controller hardware with Wii MotionPlus finally led to the true accurate sword swinging we had been hoping for, and yet...it failed. Why?  The hardware was great, we'd finally got over the disguised button press, but it still failed.  The devil was in combat design.

Simply put: there was no reason for most enemies to require accurate sword fighting.  You are a reasonably buff Chosen One swinging a blessed sword that shoots magic at things when you point it at the sky. But if you're off by a centimeter, that Deku Baba will still just bounce right back.  It's ridiculous.  Everyone knew there were going to be some parts that require tricky sword moves--there would have been no point otherwise. But no, every fight must be a puzzle. Because that's really what it turns into. Instead of accurate sword combat making bosses and minibosses memorable,  instead of gradual increases in difficulty, it's all the same from the moment you hit the surface.  Just another puzzle to solve.

At first glance, you might think Skyward Sword was going to be a bit like Wind Waker.  Instead of sailing boats, you'd fly in the sky with you trusty bird companion. Pretty solid, both just variants on riding your horse around on the ground, right?  It'll shake things up a bit  Unfortunately, shaking things up was just what they wanted you to do.

I don't really understand why they made flight entirely dependent on the Wii Motion Plus.  We have sword combat. We have a number of point and shoot items that do different things.  Moreover, in every other Zelda game, the joystick controls movement. Joystick-based control is the system standard on consoles for good reason, it's the best way to move in 3D. I can see minigames using this mechanic.  Specific challenges, limited in scope, like most things that require using the Wiimote in ways other than pointing and clicking. But again, this is a major part of gameplay and how we explore the world, and it should be intuitive.

I really was looking forward to how they would change the narrative of Skyward Sword from the traditional Zelda "bad thing happened, go save Princess, blah blah blah". Majora's Mask and Wind Waker were great when they disrupted the traditional Zelda framework, and Twilight Princess definitely skewed traditional. However, as I only got two hours in, I didn't get to see how that really played out. That doesn't mean I can't talk about the story, though.

Specifically, I mean how game and plot relevant information is given to the player.  There are a lot of cutscenes in the first two hours of this game. I'd wager a solid third or more of my time was spent watching them or clicking through them. There's a lot of controversy over the use and abuse of cutscenes in modern gaming, and I'm going to have to condemn the cutscenes used here. Some of them are truly great, but most aren't, and the ones that aren't drag down the ones that are special.  Zelda isn't Metal Gear Solid; it doesn't need this much exposition, especially when we haven't gotten much of a chance to explore the world.

For the record, I am going to go back and try to play through Skyward Sword.  Maybe I'll get through it, maybe I won't.  But these points still stand, and I hope this is just a blip in the series long history.
by Unknown at 4:40 PM