Sharks are the stupidest animals. I hate sharks. 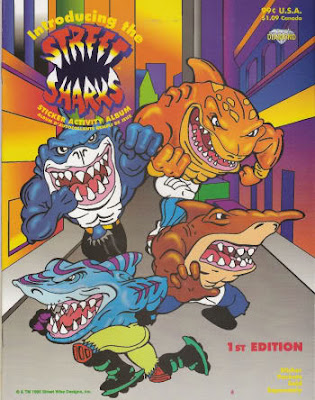 There's a reason the Street Sharks are wearing neon green cutoff jean shorts, knee pads, and rollerblades. If you like sharks, you must be an 11-year-old boy from the '90s.

Everyone thinks sharks kick ass. But how kickass can you be when a punch in the nose incapacitates you completely? People think it's cool that sharks have hundreds of teeth. But they've got so many because their teeth are pansies and fall out all the time. Every little kid has acquired a shark tooth at some point in their childhood. You're not badass if children collect your teeth. People argue, "a shark could kick a bear's ass in a fight." Well duh--the shark has home field advantage. Bears aren't water animals. But at least they can somewhat swim on a basic level. If the bear had home field advantage and the battle was on land, the shark wouldn't be able to "somewhat walk on a basic level." It would die. Because sharks suck. 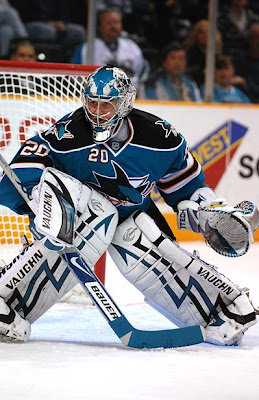 Why would you name a hockey team after a shark? Sharks have nothing to do with hockey. Evgeni Nabokov played with the Sharks for over a decade, and he knows that. That's why he left for the KHL. The 11-year-old kid from the '90s I mentioned earlier probably drew their logo. It's biting a hockey stick in half to tangentially relate sharks to hockey? Great. The "super hardcore aggressive animal" shtick is quite creative... for a high school football team. I actually appreciate that the jerseys are teal since it's a color we don't see all the time in sports uniforms, but what does teal have to do with sharks? Again, I refer you to the 11-year-old '90s kid. 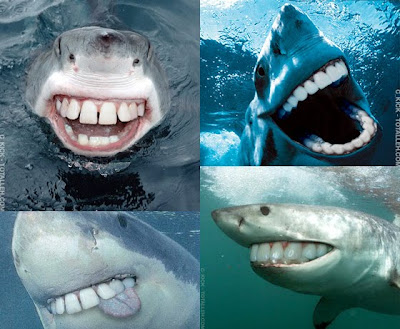 A lot of sharks can't even see straight ahead, because they look dumb. Especially hammerhead sharks. It's funny they're named after an inanimate object, because if sharks stop moving, they DIE. Tiger sharks look passable, but that it's because they're named after an animal that doesn't suck. Cats are the best animals. Name a feline that isn't awesome. You can't. Lions are a bit overrated, but they're still nifty.
Have you ever seen a Great White outside an aquarium? No. Because even the most revered shark of all is a coward. I hate sharks, and so should you.
by Unknown at 1:52 PM