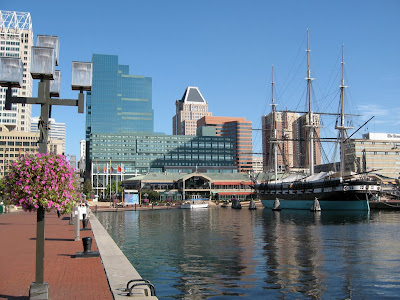 This past Friday, I posed a question on Facebook and Twitter: "What should I do in Baltimore while I'm there this weekend?" I received tons of responses. They covered a wide array of exactly two different answers:

Apparently people from the D.C. area aren't fans of Charm City, less than 40 miles away. Is it the proximity? Is it envy of Baltimore's tall buildings and waterfront allure? Is it the sibling complex, resentful toward our little brother to the north?

I travel up I-95 to B-more about once a month for concerts, since touring bands seem to be attracted there and all too often skip D.C. entirely. Rams Head Live is a fancy venue, but I hate it. It's got this "Rock Star Entrance" deal, where if you show up and pay $10 (in addition to the price of your ticket), you get to go inside before everyone else. It's exploitation of the fans. In this economy with ticket prices skyrocketing, anyone who's willing to shell out the money to see a band live is clearly already a pretty big fan who wants a good spot to see them--they're basically forced to cough up the extra ten bucks. This is capitalism in its most pure form: "You don't HAVE to pay the additional money!" But as a good fan, you feel almost obligated to do it. DC's 9:30 Club has got it right; if you want the best spot, you have to sit out in the cold for longer than everyone else. This means the more hardcore fans get the better spots, while the casual "I guess we'll see this band" fans have to stand in the back. Everyone pays the same price. Democracy. 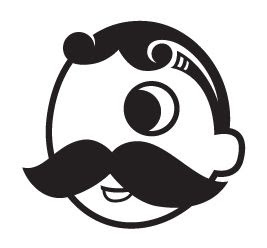 But I digress: other than Rams Head, Baltimore is a great city. It's got awesome symbols. As a flag enthusiast, Maryland's kicks Virginia's ass, and gives DC's a run for its money. On top of that, the Baltimore city flag is a perfect compliment to its state flag. And you know what? Baltimore knows it. The city features their flag (and the state flag) everywhere you look. I haven't been to Richmond in a while, but I don't recall seeing nearly as many Virginia flags anywhere, and although the Richmond city flag is well-designed, I don't think I've ever seen one in real life.

Baltimore's epic symbols don't end there. As the home of Edgar Allan Poe, raven imagery is used throughout the city, and not just as a reference to the football team. Plus there's the city beer, Natty Boh (National Bohemian if you want to get technical). I wish D.C. had an iconic city beer. The visage of the brew's moustachioed, one-eyed mascot can be seen everywhere, like a sentinel cyclops watching over the city. 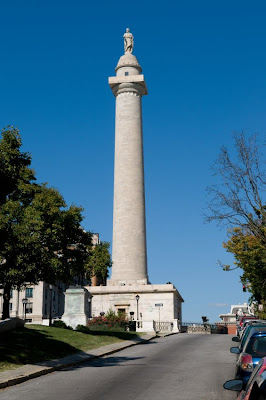