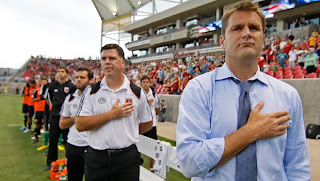 Today, D.C. United announced the firing of head coach Curt Onalfo, to be replaced by Ben Olsen as interim manager. Immediately, the Black-and-Red faithful burst into orgasmic joy. Onalfo led DCU to a dismal 3-12-3 record in league play this year, worst in Major League Soccer. Benny Olsen, on the other hand, is a D.C. legend. He wore a D.C. United shirt for eleven years before retiring in 2009 and becoming assistant coach. He helped lead the team to eight trophies, including two MLS Cups and one of only two CONCACAF Champions Cups ever won by a U.S. club. Surely he'll be a fantastic head coach. 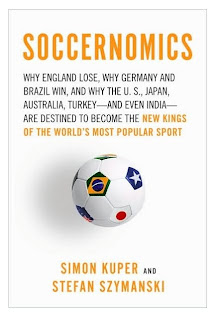 Not so fast. Let's take a gander at Simon Kuper and Stefan Szymanski's masterpiece Soccernomics. If you haven't read it, you should. It's the greatest insight into soccer put to print. What would they say?

One chapter of the book covers managers. Kuper and Szymanski assert that really, 90% of a team's success is based on the players, not the manager. And when it comes to choosing managers, we still live in the '50s. Teams pick their coaches based on the image of what they think a manager should look like rather than who actually leads the team to the best results.

Overwhelmingly, this means "white male former pro footballers between 40 and 60." Other than Real Salt Lake's Jason Kreis, Olsen will be the only MLS head coach under 40. The average age of the league's 16 head coaches is 47.5, and all of them are white. Almost all of them played professional soccer of some sort. Cross the pond to the English Premier League: the average manager age rises to 51.6, and they're 100% white men, all but three of whom had full professional playing careers. 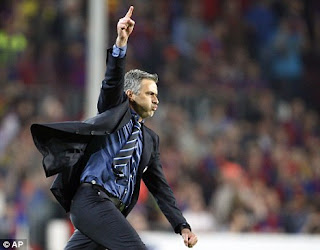 Why do we do this? Jose Mourinho, today's best head coach in the world, only played a handful of games for Portuguese clubs as a young'un before moving to management. Now he hops between European giants at will, from Chelsea to Inter Milan to Real Madrid. Being a good manager does not requre being a good player.

Switching to hockey for a minute, look at Wayne Gretzky. He was famously small for a hockey player, instead getting by on his intelligence and sense for the game. You'd think of all people, he'd be the one to make the transition from "best player ever" to "best coach ever." But he had a disastrous four years as head coach of the Phoenix Coyotes. Ironically, the Coyotes had their best season in club history right after Gretzky stepped down. Being a good player does not make you a good coach.

Back to soccer. When you think of the best MLS managers, two names pop out: Bruce Arena and Sigi Schmid. Schmid has led teams to two MLS Cups and the only other CONCACAF Champions League won by a U.S. team. Arena, meanwhile, is the greatest American manager of all time: two MLS Cups with DCU, coaching the U.S. national team in their historic '02 World Cup quarterfinal run, and the current head coach of the best MLS team in 2010, the L.A. Galaxy. Schmid and Arena are among the mere five MLS head coaches with virtually zero professional playing experience. 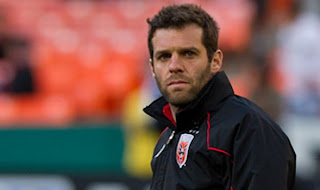 D.C. United supporters, we need to make sure our sentimental connection to Ben "28 Days Later beard" Olsen doesn't get in the way of our need for a quality head coach. Just because he had an extensive playing career, even for the most part in front of our own eyes, doesn't mean he'll be DCU's next great manager. On the contrary, it could be a trainwreck. If he's a horrible head coach, the club will be reluctant to fire him because he holds such a close place in our hearts. Let's hope "interim" really means interim, and if Olsen falls on his face, he gets the sack just like every other failed D.C. coach. I'm not saying he won't live up to our gargantuan expectations. At just 33 years old, he's got time to learn. I'm just saying we should be cautious with our desperate last-place optimism.
by Unknown at 3:10 PM