Bummed out the Tea Party has taken over Don't Tread on Me, and what it means to U.S. Soccer 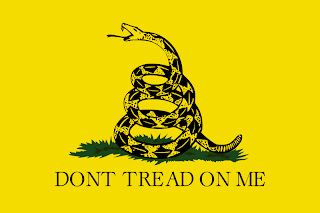 This is the Gadsden flag. Perhaps you've seen it. More commonly known as the "Don't Tread on Me" flag, it was used during the American Revolution as both a unifying symbol and a giant middle finger toward Great Britain. It's one of the most awesome flags in U.S. history. I'm resentful the uber-conservative Tea Party movement has adopted it as an unofficial emblem and given the Gadsden flag modern political connotations. 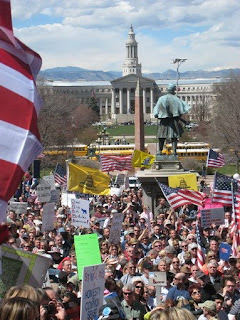 I'm tempted to go on a giant rant about how what conservatives are trying to do today is in no way analogous to what the Founding Fathers were doing when they flew the Gadsden flag. But regardless of how wrong the far right is, that's not the real reason I'm resentful toward the Tea Party's usurpation of this flag.

The real reason is I'm jealous liberals didn't come up with the idea first. Drawing on history to make a modern sociopolitical statement, regardless of how accurate it is, always makes a powerful impression. It bums me out that "Don't Tread on Me," an emblematic statement of defiance, will now always be associated with politics I despise.

There are other flags conservatives could choose from. The Navy currently uses a modified version of the Gadsden flag called the First Navy Jack; it's arguably more patriotic since it incorporates red and white stripes instead of a plain yellow field. There's also the equally badass "Come and Take It" flag, used in the Texas Revolution in 1835. I'd be fine with the rightists adopting either of these. I just wish they would've stayed away from Gadsden!

Luckily, the rattlesnake image lives on today in at least one non-political entity. Nike created this logo in 2006 as part of a marketing campaign for the U.S. national soccer team. The current U.S. soccer jersey features a simplified "DTOM" snake logo on the reverse side of the badge inside the shirt, and Nike even sponsored a surprisingly decent rap song by star U.S. midfielder Clint Dempsey (huh?) called "Don't Tread". But this crest has transcended marketing.

It's a rebuttal against those both outside and within the United States who constantly snort that Americans can't play soccer. In a world where the U.S. is the fat, rich kid on the block, soccer is one venue where Americans are underdogs. It's a perfect symbol for U.S. Soccer. Their current badge is meaningless--"US" in block letters with a soccer ball. Meh. It even sports three stars above the crest as if the U.S. has won anything. It's about time they adopt the iconic snake-and-ball logo as their primary badge, complete with the famous DON'T TREAD ON ME underneath. This is how to use the Gadsden flag, and it's the only way we can take it back from a newfound political meaning.