a.k.a. A Few First-Person Walking Games

We're into the dead period of the year when it comes to game releases. But fret not! There's a ton of the horizon. I struggled to limit this list to just ten, so I won't include the upcoming standalone remakes of great titles like The Stanley Parable and DayZ. And of course, there's the upcoming Director's Cut of one of my favorite games of all time, Deadly Premonition. But when it comes to actual new games in 2013, here you go:

This one's less than a month away! The reboot of Will Wright's seminal city-builder looks more epic than ever, with a decade-long wait after SimCity 4 in 2003. While most of the rest of the games on this list are pretentious arty independent games, I'll always have a soft spot for well-designed strategy games. Heck, I've poured more hours into Civilization V than anything else I've written about on this blog. SimCity hopes to spark the next generation of strategy titles, with an increased focus on co-op and having your city interact with other players' cities online.

I've got mixed feelings on the "reboot" concept where a company gives a game the same name as the first game in the series, whether it's SimCity or Tomb Raider or Bionic Commando. You inevitably end up calling it "SimCity 2013" to distinguish it from the original, which seems to defeat the purpose of the name in the first place.

Speaking of games with years at the end of their title: I don't play many first-person shooters these days, but Metro 2033 is one of my favorites of the last few years. The dystopian work by Ukrainian studio 4A Games set in post-apocalyptic Moscow is one of the most evocative shooters I've ever played. It's equal parts action game, stealth game, and survival horror. Metro 2033 was a flawed masterpiece, which sounds like the perfect recipe for a superior sequel.

Metro: Last Light was endangered when its publisher THQ folded last month, but luckily the property was sold to up-and-coming German publisher Deep Silver. It should be released sometime next month.

Speaking of horror sequels, this successor to cult classic Amnesia: The Dark Descent is being made by an indie games dream team: Swedish studio Frictional Games and Dear Esther developer thechineseroom. The horror genre is having a bit of an identity crisis at the moment. Big-budget mainstay franchises like Resident Evil, Silent Hill, and even the more recent Dead Space have floundered the last few years, as they've abandoned true "survival" horror for a more gun-filled action-horror approach to appeal to a wider audience. Where horror has succeeded recently is in independent development, where the low budgets of games like Amnesia and Slender have forced their developers to rely on more psychological scares than high-fidelity monsters. Hopefully the big publishers realize this huge market for real survival horror exists.

Quadrilateral Cowboy is made by Brendon Chung, the guy behind one of my favorite games of 2012, the comedy/action/drama/whatever Thirty Flights of Loving. He describes his new game as "Twentieth Century Cyberpunk," which is a fresh take on a perhaps over-saturated genre. Its tagline reads:

"When you have a top-of-the-line hacking deck armed with a 56.6k modem and a staggering 256k RAM, it means just one thing: you answer only to the highest bidder."

Sounds good to me.

A horror game set on an abandoned moon base in the 1980s. I'm not even a huge horror enthusiast, but lately horror games have been filling up my must-play list. I guess as games mature as a medium and learn how to tap into players' emotions, horror is one of the genres games can succeed at more easily than film or literature, since by their interactive nature, games are more immersive and scary.

I can't not put this game on the list. Washington, D.C. isn't known for its rich game development scene other than Bethesda Softworks, but Radio the Universe comes from enigmatic D.C.-based designer 6e6e6e. He's making this whole game by himself. It's like Zelda mixed with Hotline Miami with some JRPG and cyberpunk thrown in. And of course, the D.C. metro makes an appearance. I can't wait.

Everybody's Gone to the Rapture - thechineseroom 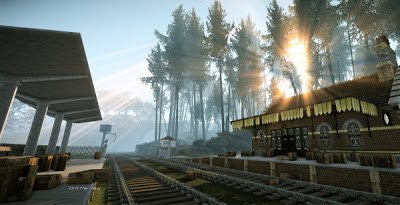 2013 should be huge for British studio thechineseroom if they can finish both Amnesia: A Machine for Pigs and this next one by the end of the year. Everybody's Gone to the Rapture is the "spiritual successor" to Dear Esther, and it probably has me more excited than anything else on this list.

While Dear Esther took place on a remote Scottish island, Everybody's Gone to the Rapture takes place in a remote village in Shropshire. It's a giant open world with six different characters whose stories all play out at the same time. Each time you play the game, you can only play it for 60 minutes. You can do whatever you want in those 60 minutes, but that's it. Each time you play it again, you can try different things and see how it plays out differently. This game is meant to be experienced multiple times from different angles, since you won't be able to see everything in one playthrough. There will be more interactivity than in Dear Esther, but the game will stay true to its philosophical roots.

Lifeless Planet is an adventure game in the vein of Ico, revolving around astronauts exploring a distant planet and discovering something sinister... something Russian. Or is it sinister? WE DON'T KNOW. But it looks fantastic.

I wrote about this on Friday. Enough said. 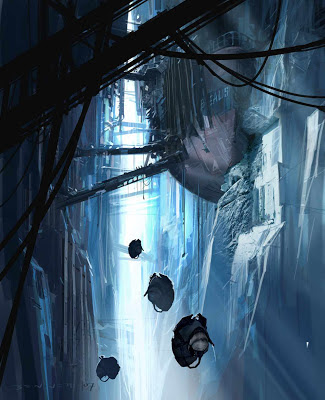