-Superior Spider-Man #18 (Dan Slott, Ryan Stegman)
Doc Ock's web of control keeps unraveling.  I know I say this all the time.  There were some seriously unheroic actions undertaken in this issue though.  To the point where he violated the first rule of Spider-Man, the one of great power and responsibility.  Man, I really want the real Spider-Man back.  Spider-Man 2099 is still involved and unfortunately the little scuffle he has with Spidey/Ock is very breif and Stegman doesn't get a chance to cut loose.  Maybe next time the Spider-Men will actually fight.

-New Avengers #10 (Jonathan Hickman, Mike Deodato)
Marvel's Infinity event is in full swing and New Avengers is along for the ride.  The two are somewhat organically tied together, but it still feels like the Illuminati's search for Thanos' son comes out of nowhere.  It's a pretty weak plot point.  There's a lot of talking in this issue which would be fine if it seemed like anything really got done.  Instead it comes across as boring with more emphasis on tell over show.

-Daredevil #31 (Mark Waid, Chris Samnee)
Look, do I really need to say that Daredevil is a great comic again?  It is.  Daredevil remains the best superhero comic around for a number of reasons.  Daredevil saves people with his own hands as well as using his quick wit to ask a my favorite scientist, Hank Pym, for help.  The way Daredevil handles the present crisis reflects the heroism of the character, because he does so while trying to throw as few punches as possible.  There's an great opening scene, but I'll let the picture tell that story.  Also, Daredevil is confronted with his greatest weakness: LED screens.  Think about that for a second.  It's not too late.  You too can find out why Waid and Samnee are two of the best storytellers around right now. 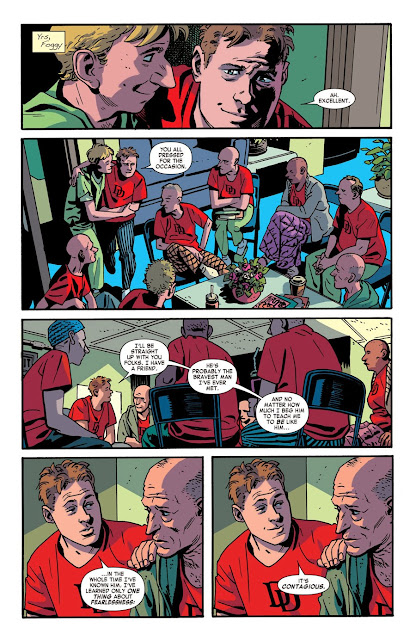 -Action Comics #23.3: Lex Luthor #1 (Charles Soule, Raymund Bermudez)
In the grand scheme of things this villain issue of Action Comics falls between the Cyborg Superman and Zod entries.  Overall it was a bit boring, but not on the same level of the Cyborg Superman issue.  There were moments that were good and showed what makes Lex such a potent foe, however it failed to impress me as much as last week's Zod. What this issue really managed to do was make me want to see Superman kick Lex Luthor's ass, because this was "Lex Luthor is a dick: the comic."

-Justice League #23.3: Dial E #1 (China Miévelle, Mateus Santolouco, Carla Berrocal, Ricardo Burchielli, Liam Sharp, Jock, Tula Lotay, Marley Zarcone, Brendan McCarthy, Emma Rios, Emi Lenox, Jeff Lemire, Frazier Irving, David Lapham, Carmen Carnero, Sloane Leong, Kelsey Wroten, Michelle Farran, Annie Wu, Zak Smith, Alberto Ponticelli, Dan Green)
Confusing doesn't begin to really describe Dial E.  It's my own fault for only reading 3 issues of Dial H (I plan to read it all at some point) but something tells me that isn't why this issue is so confusing.  Part of the issue is that each page has a new artist, as a sendoff to the wacky series about constantly changing forms.  I didn't think this was bad, because that's the intention and part of the charm.  DC wanted to put out a comic featuring a bunch of artists drawing crazy/awesome new concepts/characters.  In that department it is a success, because the powers that the kids "dial" up are great.  Page through it if you have the chance. 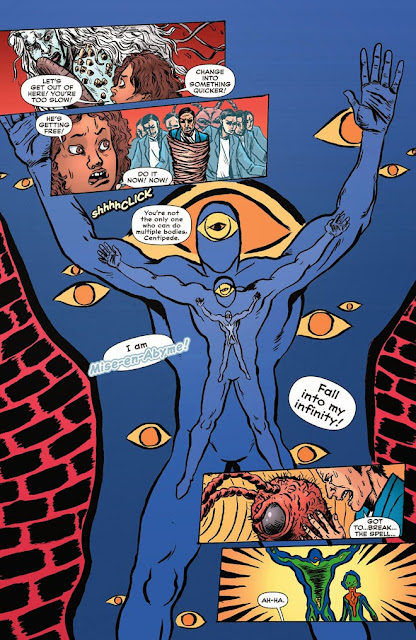 -Zero #1 (Ales Kot, Michael Walsh)
An aging secret agent tells the story of him observing a battle between a Hamas and Israeli super soldier.  There's twists and turns along the way, and it's clear that this relatively contained story is only a prelude of things to come.  The art was a good fit for the story being told which enhanced the tone; it's hard to accurately explain why it "felt right".  I'm interested enough to see where this rabbit hole leads as long as there aren't anymore unnecessary sex scenes. 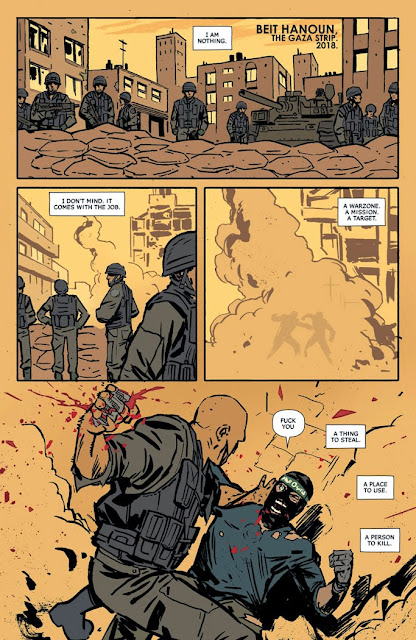