Something actually happens this issue.  Not only that but it's probably one of the better issues of the series.  That bar might've been incredibly low, but it's the small victories that you remember in life.  What actually transpires in the plot isn't necessarily the best.  Many times it is even contradictory.  Such is to be expected when you have a confused Hank Pym talking to two Wolverines about the consequences of them murdering him.

At this point this comic is approaching comical levels of being bad.  I'll avoid using the "R" word.  It'd be fair to use it, but there are so many things this comic does terribly that nitpicking the continuity isn't even worth it. Not that you'd need to nitpick, as the errors on that front are glaring.  Bianchi dropped the ball too.  Previously the art was unbearable which is sadly better than what got published in this issue.  Ultimatum's un-venerable status is in jeopardy.

-Iron Man #11 (Kieron Gillen, Dale Eaglesham)
I sincerely hope that all of this "secret origin" stuff turns out to be a ruse, that it's all a fake out our false info, because otherwise this is very very wrong.  The individual issues that make up the total story arc will either live or die based on the conclusion.

Last issue saw a villain capture a group of strange children that the Avengers were protecting in the Savage Land.  Now it's time for a group of Avengers to find the evildoer.  They not only avenge the wrongdoings, but they heroically save the children.  Some have criticized Hickman's Avengers for not being heroic enough.  These past two issues prove a definitive counterpoint to such thoughts.  Thor's interactions with Hyperion delved into what it means to be a hero.  Whatever it means Hyperion is surely that, which makes it one of the better Superman comics I've read. 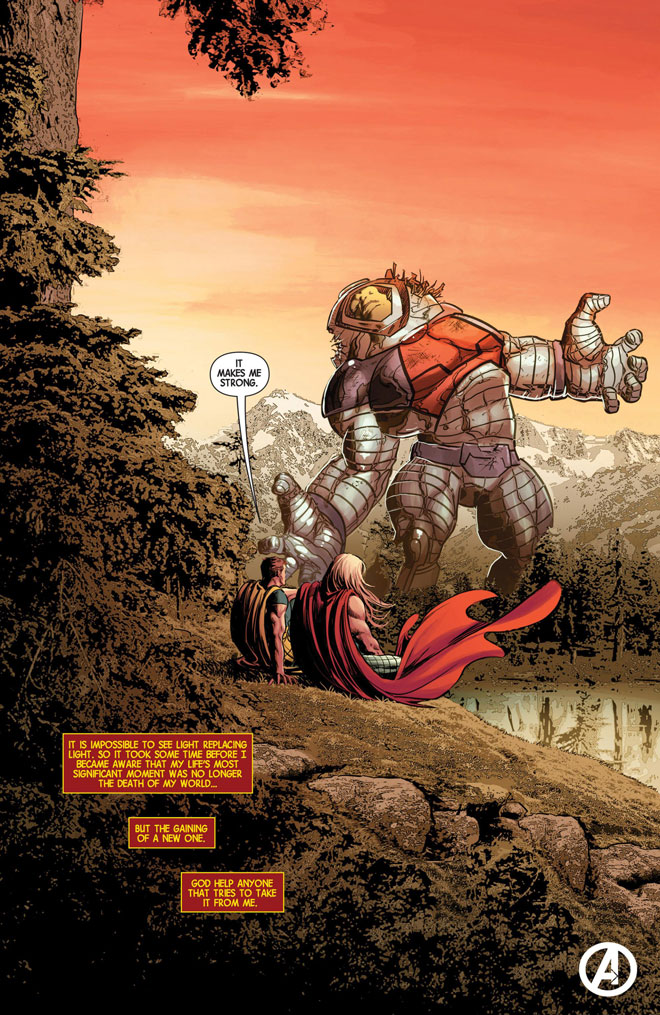 Spidey/Doc Ock is called on to witness the execution of a supervillian in case something goes wrong, which it will invariably do since this is a comic.  Supervillians on death row, why isn't that seen in comics more?  For every instance of Spider-Man now being superior there are equal instances of him just being a straight douchebag.  Seeing Doc Ock foil a villain's escape plans makes for a very entertaining comic.

-Avengers Arena #10 (Dennis Hopeless, Riccardo Burchielli)
If dead goth gothic lolitas with protruding bones and missing limbs are your thing, then man do I have a comic for you.  If not then congratulations you aren't completely weird or creepy.  I really wish a number of characters I'm fond of weren't in this series, for a number of reasons.  Mainly so that my soul isn't being sold off in twice monthly payments of $2.99.  At this point outright piracy is probably the best course of action for fans of any of the remaining sacrificial lambs.

Part 3 of the Hybrid storyline closes out the arc in confusing and grand fashion.  Chronologically this issue is a bit more confusing than Grant Morrison's 18 issues, an impressive feat.  Confusing or not, Superman got to do battle with power-armored Lex Luthor.  It's drawn and coreographed/plotted well, though it does seem a bit rushed and out of nowhere.
There's a back-up story that fleshes out the backstory of Superman's Kryptonian parents.  It's not bad, but I'm just not interested in it. What is going on in this comic?  3 issues in and I'm still confused as hell.  Sure I can piece things together enough to guess at what is really going on, but that doesn't change that it still feels like I know nothing.  Which might be part of the mystique.  That seems doubtful though.  Starlin is a storyteller I have much faith in, and I'm banking on that to really pay off in the next issue.

Last week I mentioned that Fred Van Lente's (and Greg Pak's) Incredible Hercules was amazing.  It gets mentioned again this week because Archer & Armstrong channels that comic a lot more than G.I. Joe.  The titular duo are comprised of an immortal adventurer and a naive assasin, and their latest quest has them infiltrating Area 51. There they come across a program led by one General Redacted, which might be the greatest name for a general since Sheep in the Big City.  The buddy action comedy genre is a narrative pinnacle.  A pinnacle that this comic finds itself at the pinnacle of.

A few more details come to light this week as Death fights through Maoist forces in New Shanghai (San Francisco) to rescue his wife and the three other horsemen are hot on Death's trail.  Despite learning much about the setting and the narrative at hand, key info is still cloaked in mystery making the world of East of West still alien and full of intrigue.  Combining the setting and the narrative results in a story that commands attention.  The art more than keeps up as it gives familiar yet bizarre life to the ideas being put forth.  It's colored beautifully too I might add. 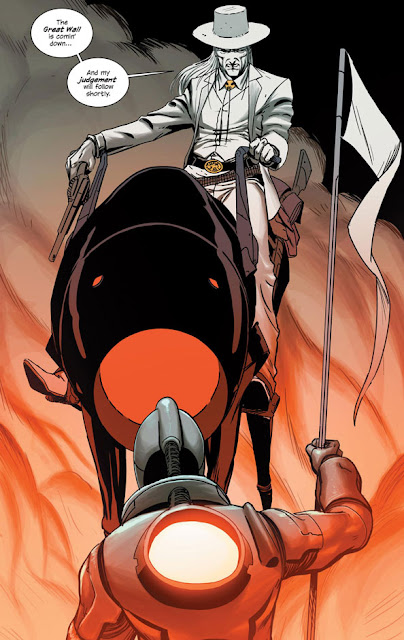 I wish there were more issues of this comic coming.  That should be indicative enough of what I thought of this particular issue and comic as a whole.  The story resolves itself in a grand fashion, and that's all I'll say for fear of spoiling the story for the one other person that might give it a try.  Saying it was too good for this world might be hyperbole, but that's part of what Hypernaturals is about.  Hopefully Abnett and Lanning have another "superheroes in SPACE" story lined up, because the world needs them now more than ever. 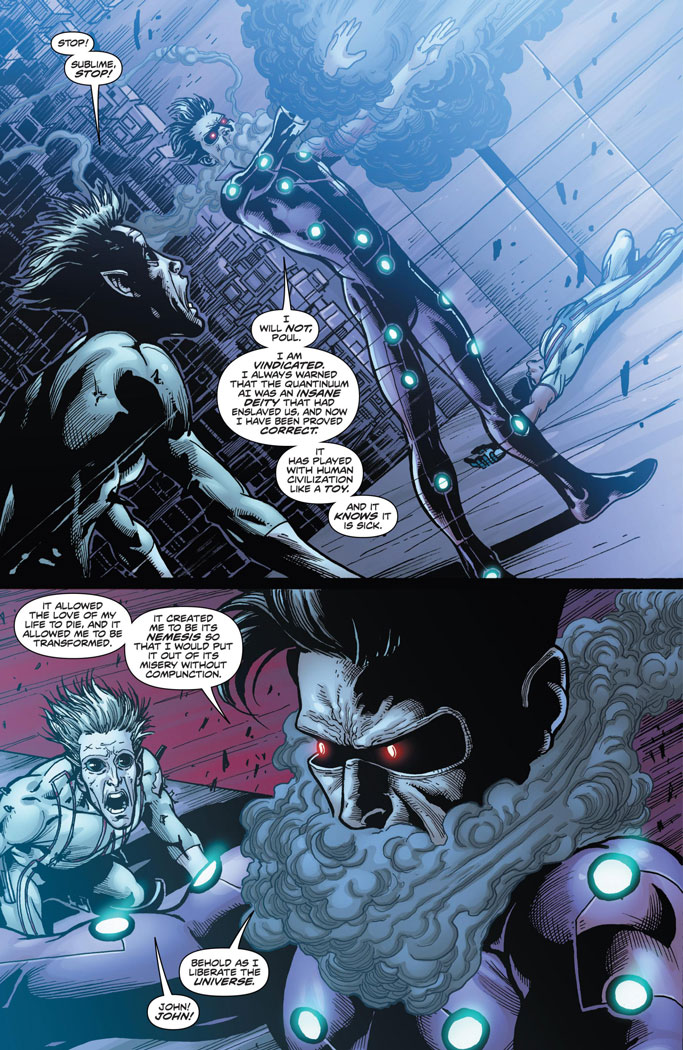