[Note from Jake: Just in time for Halloween, I introduce the newest addition to my staff, Adam Frost!]

It's 1999, and I'm in 3rd grade. I have invited a couple of my best friends to my house for a sleepover. It's late. We turn off all the lights, insert the Resident Evil 2 cartridge (blowing on it first, to make sure it works) and fire up the N64. Let the pants-shitting commence.

Everyone has these memories, be it a scary game, a horror film, or even a scary book or story. For me, this is when my affinity for survival horror games began. There are few things more exhilarating than exploring a well-crafted world, adrenalin pumping, knowing that something terrifying may be waiting for you around every corner.

With the release of Resident Evil 6 many reviewers (who hadn't already done so) are lamenting the death of this once-great horror series that seems to have lost its way.  Indeed, starting with Resident Evil 5 or perhaps even with RE4, the trend has been one of moving away from horror towards action.  With this in mind, now is as good a time as any to discuss what makes a good survival horror game, and why it seems that so many games get it wrong.  To do this, I will use the examples of Resident Evil 4 and Dead Space.

The most important component to any good survival horror game is atmosphere. Through the use of sound, music, and setting, a good survival horror game lets the player know that they are in a dangerous, terrifying, and even hopeless environment. Be it a creepy village in the middle of rural Spain (RE4), or the abandoned wreckage of the spaceship Ishimura (Dead Space), the setting of a horror game can make or break its scariness.  In the case of Dead Space, the setting is arguably one of the more terrifying aspects of the game. Trapped on a massive abandoned spacecraft light years away from potential rescue, the player knows that there is little hope for survival. On the other hand, walking around in broad daylight under the hot African sun in RE5 does not create a sense of terror or mystery for the player. 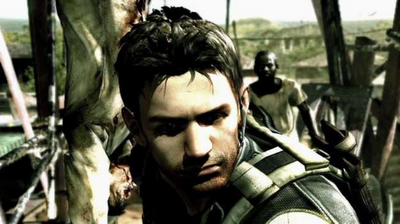 Sound is another important aspect in creating a good horror atmosphere. The right sounds can send chills down the player's spine as they explore the game world. In RE4, the creepy whispers and shouts of los Illuminados, a cult of mind-control-parasite-infested Spaniards, let the player know that an enemy can and will cause you to soil yourself at any moment (spoiled only if the players know Spanish).

The sound in Dead Space is particularly well done, coupling "oh shit, what was that?!" noises with the terrifying silence of space. In the game's zero-gravity vacuum segments, the steady breathing and heartbeat of the main character Isaac Clarke inside his space suit are the only sounds the player can hear as Isaac is assaulted by deformed and mutated creatures known as necromorphs. 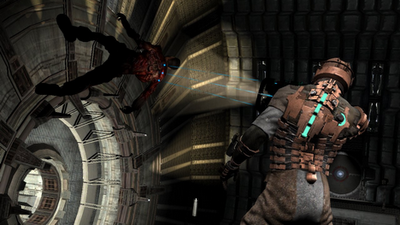 In addition to the things that make for successful horror, it is important to remember the "survival" aspect of the game. A good survival horror game has players struggling with limited resources, wondering if they have enough ammo or magical healing herbs to survive the next onslaught of the undead (or necromorphs, or whatever). Resident Evil 4 had me reorganizing my inventory attaché case for hours and questioning my decision to throw out that fish in favor of some extra handgun ammo. Every person who played RE4 had their own system for organizing and optimizing the contents of their attaché case.


In Dead Space, inventory management was also critical. Finding the right balance between med packs and ammunition, as well as leaving space for valuable semiconductors (which could be sold at in-game vending machines), often meant the difference between life and death.

Fast-forward to RE6; as I explored each of the four campaigns, I never had any sense that I lacked the equipment or skills to deal with the onslaught of zombies or mindless parasite-infested henchmen. I never felt genuinely in danger, as practically every enemy killed dropped some more bullets for me to load into my assault rifle. Ammo conservation was never at the forefront of my mind in RE6, and it never needed to be. I felt more like the unstoppable supersoldier cliché in so many modern games, rather than the woefully underequipped last man standing in a nightmarish zombie-infested hell.

The problem is that Resident Evil 6 has fallen victim to the trap of big AAA titles, feeling the need to appeal to gamers who are more at home mowing down enemies with impunity and jumping away from the explosions that are always happening behind them, than they are exploring dark worlds with only two bullets left and an army of zombies ahead of them. I won't lie to you--I had a blast playing RE6, especially with a friend in co-op mode. But it is a far cry from my beloved genre of survival horror, and from the series that introduced me to it. I hope RE6 serves as a wakeup call to Capcom, and that the next game in the series (if there is one) proves to be a transformational moment akin to that of Resident Evil 4--hopefully using the elements of good survival horror I have mentioned.
by Frosty at 8:58 AM