-Iron Man #15 (Kierron Gillen, Carlo Pagulayan)
Look, I was ready to make a crack about how this comic is currently poop, but being spared additional Greg Land interior work mellowed me out some.  This issue looks nicer than the previous couple, not that this is a hard thing to accomplish, however I very much appreciate looking at Pagulayan's power armors. It's still not a good comic as it seems this storyline has been going on forever.  Pacing and bizarre retcon choices have plagued Iron Man for a while now so I've come to just grudgingly accept them.  Introducing a giant robot and then doing absolutely nothing with it is a sin that cannot be ignored though.

-Superior Spider-Man #17 (Dan Slott, Ryan Stegman)
The Goblin subplot simmers in the background as Spider-Man 2099 decides to stop by and engage in some time shenanigans.  There's not much to say.  It's an inter-temporal crossover.  That's a concept you like or you don't, and I like.  I'm looking forward to seeing Stegman draw the inevitable fight between the two Spideys next issue. 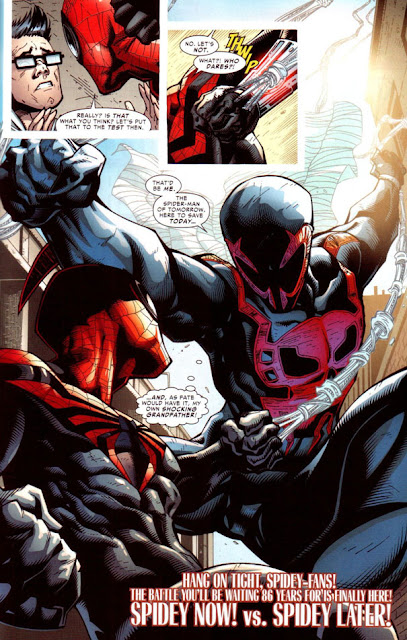 -Avengers A.I. #3 (Sam Humphries, André Lima Araújo, Frank D'Armata, Clayton Cowles)
Artificially intelligent foes/robots are threatening the world and it falls to Hank Pym and artificially intelligent heroes/robots to save lives.  I am easily won over by easter eggs, and this comic has them in droves, making my opinions on the book somewhat subject.  The Avengers Mansion scene in particular has a shout out to the various synthetics from the Alien franchise, Ghost in the Shell, Akira, and more.  Besides the references, the story continues to entertain by providing an externalized conflict of the philosophical debate over what constitutes being alive.  Avengers A.I. is still delightful to look at and words can't really do the art justice as the coloring and lettering really make Araújo's pages a sight to behold. 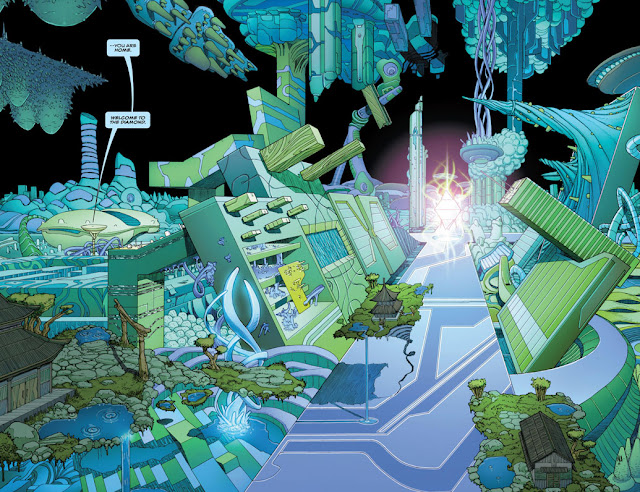 The aftermath of Trinity War, a tragedy in two acts

-Justice League #23.1: Darkseid #1 (Greg Pak, Paulo Sisqueira, Netho Diaz)
Wow, this wasn't horrifically bad.  In fact, this might be one of or the best issues of New 52 Justice League.  Not saying this was a fantastic comic, but it managed to weave more of Kirby's Fourth World ideas into the new DC continuity.  Pak also gets to do what he's pretty good at which is crafting a story where powerful beings get to smack each other around.  Back to continuity, I greatly enjoy how this comic is deeply entrenched in a reality with multiple worlds.  It's also cool to see Earth 2 get acknowledged.  All in all a pleasantly surprising comic.

-Action Comics #23.1: Cyborg Superman #1 (Michael Alan Nelson, Mike Hawthorne)
What makes a story tragic is creating a glimmer of hope only to dash it.  Clearly DC knew I was going to read Justice League before Action Comics.  JL managed to restore some faith in DC by being pretty alright.  Unfortunately this was all a set-up for AC to crush all hopes and dreams under it's trunkless costumed boot.  It's bad, real bad.  Not an entertaining rage-inducing bad, either.  It's the worst kind of bad: boring bad.  That's all I'll say about the subject because it was badly boring and boringly bad.

-God Is Dead #1 (Jonathan Hickman, Mike Costa, Di Amorim)
Full disclosure: I'm a Hickman fan, so that's why I purchased this comic book.  The world of God Is Dead is going to hell.  Pantheons of old gods are back and people are losing their damn minds.  The content of this particular issue didn't fully grab.  I am interested to see where Costa and Hickman take the series since the hook is a war of gods vs. men for the fate of the Earth.  Concepts such as this that allow for defiant heroes will always appeal to me.  Generic is a word I'd use to describe the art style, but there are some well done panel and page layouts.  At times the book tries a bit too hard to be edgy, however there appears to be a self-awareness of this that makes it acceptable in a comedic way.  This holds especially true for the Norse gods. 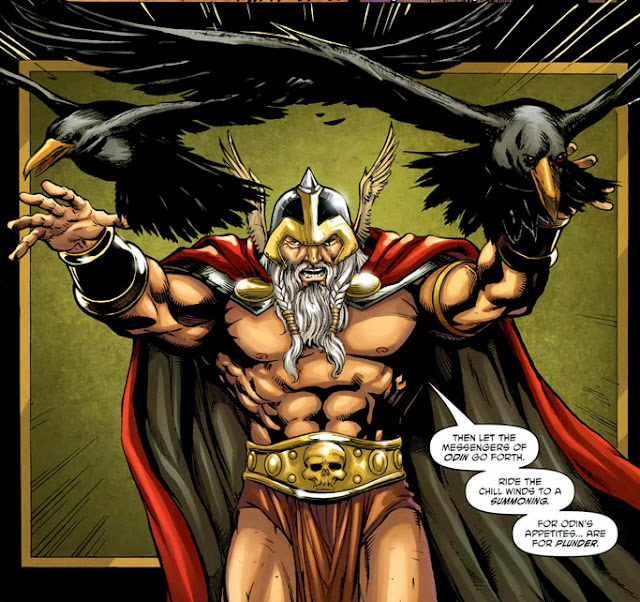