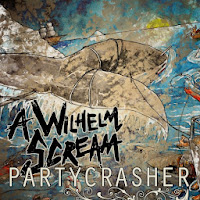 This album is comfort food for me. A Wilhelm Scream is a melodic hardcore band I've been listening to since high school, and Partycrasher is their first album in six years. A bit slower than previous records, as many artists do by the time they've reached their sixth full-length album. But it's still got all the rockin' guitar and fun singalong vocals you want from A Wilhelm Scream. Partycrasher is melodic hardcore with enough emphasis on the "hardcore" that it has an edge, but "melodic" enough that it's accessible to people who aren't big fans of hardcore punk. The best of both worlds! 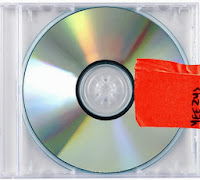 Everyone loves to hate Kanye West. I can't say it's totally unwarranted. But at the end of the day, he makes some groundbreaking music. While his much more widely respected counterpart Jay-Z released the most flaccid, predictable album you'd expect from a successful middle-aged rapper this year with Magna Carta Holy Grail (Brought to You By Samsung), Kanye came out with a fast, angry ten-track CD that didn't even have album art. It's awesome. 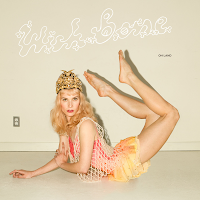 Inventive indie pop from Denmark. Oh Land's music probably has the broadest appeal of anything on this list, but she still maintains a creative edge. And of course, Oh Land incorporates Scandinavian design into her approach to music. Makes me nostalgic for my time living in Copenhagen.

Wishbone provides all the hooks of mainstream pop music, with the singer-songwriter independence of alternative music and a female-empowerment message. 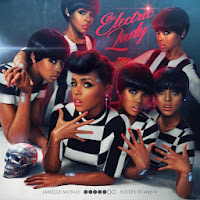 Janelle Monáe is blowing up right now, at least here in her hometown Kansas City. Her Sun Ra/George Clinton/Octavia Butler-inspired Afrofuturist brand of R&B/soul is a breath of fresh air in pop music. She keeps the Metropolis-esque Electric Lady motif through all her music and videos, along with her iconic pompadour and tuxedo. The Electric Lady is Monáe's most ambitious album to date. 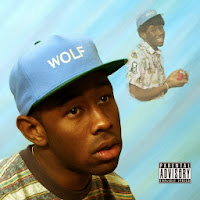 I feel old. For the first time in my life, my favorite album of the year was made by someone younger than me. Tyler, the Creator is 22 and it shows. A lot of his work is immature and stupid. But with his newest album, I couldn't stop paying attention. Tyler is vulgar 100% of the time and he seems to say a lot of things just for shock value. But it's performance art. And beneath all that, there's a biting honesty. He's clearly got a vision for everything he does, mixing violent imagery with a boyhood wonder. Wolf is by far his most mature album. And if he's making records like this at 22, I can't wait to see what he makes a decade from now.

Tyler reminds me of Kanye in that he always says what he wants to say, warts and all. And much like Kanye, he always uses strange non-traditional samples and beats for his songs. Tyler's not as refined as Kanye, but he's much more edgy and weird. Not held down by trying to maintain radio popularity. And he's got that gravelly deep voice. Wolf is the best album of 2013.
by Unknown at 12:07 PM